Last week, well-known conservationist Kuki Gallmann was shot and injured in an ambush at her conservation park in northern Kenya.

Last week, well-known conservationist Kuki Gallmann was shot and injured in an ambush at her conservation park in northern Kenya. The attack comes after months of violence and at least 14 civilian deaths in the Laikipia region 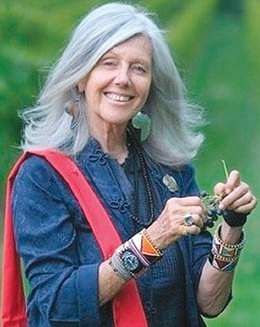 Ranch invasions
Native herders have been invading private property in search of fresh pastures in the drought-stricken Laikipia region, according to BBC. Only last month, Gallman’s luxury safari lodge was burnt down by suspected cattle herders who have been in conflict with landowners. In March, a British rancher who ran a safari company was shot dead in Laikipia

Attacks rise
Laikipia, one of Kenya’s most popular tourist destinations, is where some of the country's largest white landowners are based. The invasions started in 2013 and has worsened in the past few months

Herders vs landowners
This has pitted the armed herders against landowners, the BBC added. Even in the case of Gallman, Kenyan police believe that the shooting could have been a retaliation after cops shot down 100 cattle in her ranch. But drought is not the only reason for the violence

Politics at play
The presidential elections are just months away and campaigns have become increasingly polarising. A local politician even encouraged the herdsmen to invade the land using racially charged language, according to BBC journalist Alastair Leithead who is currently based in
Nairobi

Tourism hit
The violence could also hit Kenya’s tourism industry. Tourist lodges have been looted. Apart from this, the herders have also killed any wildlife that have come into conflict with them. Elephants have been shot dead and their tusks, removed