In 2010, one of the largest gas reserves was found in the African country of Mozambique.

In 2010, one of the largest gas reserves was found in the African country of Mozambique. Experts predicted that the could become the world's third-largest exporter of liquefied natural gas. But what happened to it now? 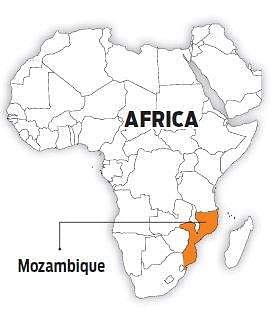 The small, palm-fringed fishing town of Palma was meant to become a symbol of Mozambique's glittering future, transformed by one of the world's largest liquefied natural gas projects. But Palma still waits for the jobs, AFP reports

When the discovery happened in 2010, the town’s residents were looking for opportunities to lift them out of poverty, AFP adds. Excavation vehicles came  and Palma was changing

But the project has hit a roadblock. Initial estimates were that the first LNG would come on stream in 2016 but now it is expected in 2023—or later

Gas prices have plunged globally thus making energy companies slow down on capital expenditure. Even countries like Australia and Russia have been hit by this downfall. Meanwhile Mozambique’s government has a bigger problem at hand.

The government had borrowed secret loans of $2 bn. So, IMF and World Bank stopped budgetary support. The government was planning to repay the loans using the gas money