Eight years before New York’s World Trade Center was obliterated on September 11, 2001, Islamic terrorists tried to destroy the Twin Towers. Six people and 1,000 were hurt in the attack 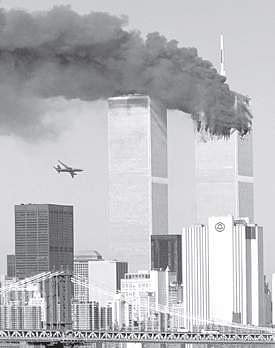 Eight years before New York’s World Trade Center was obliterated on September 11, 2001, Islamic terrorists tried to destroy the Twin Towers. Six people and 1,000 were hurt in the attack

A Pakistani mastermind
On February 26, 1993, a rented Ford van containing a 600 kg bomb—the largest improvised explosive device the FBI had ever encountered—entered the WTC’s massive basement parking garage. Inside the truck was the mastermind Ramzi Yousef, born to a Pakistani father and a Palestinian mother; it is unclear if Osama bin Laden sent him, but he was a product of an al-Qaeda camp in Afghanistan, writes Lawrence Wright in The Looming Tower 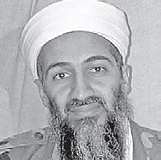 Caught in Islamabad
“Yousef’s desire,” FBI agents later wrote, was “to topple one tower into the other, and cause a total of 250,000 civilian deaths.” Though the explosion destroyed six stories and caused shock waves that were felt a mile away, the towers remained intact

240-year term
On May 24, 1994, four of Yousef’s accomplices were convicted and were each sentenced to 240 years in prison. But the mastermind had fled. He was spotted in Pakistan and was finally captured on February 7, 1995, by an FBI team in Islamabad