Changing the pace of India

In most cases, you need to take 20 wickets to win a Test and therefore, the onus is on the bowlers to script fairy tales.

While the focus has been, and quite rightly so, on Virat Kohli’s meteoric rise in world cricket, it’s unlikely that the success story of Indian cricket will be authored by him. Please don’t get me wrong — Kohli is playing an incredible part in making India a force to reckon with both at home and away but it’s seldom a batsman (or even a group of batsmen), who can regularly influence the Test results. 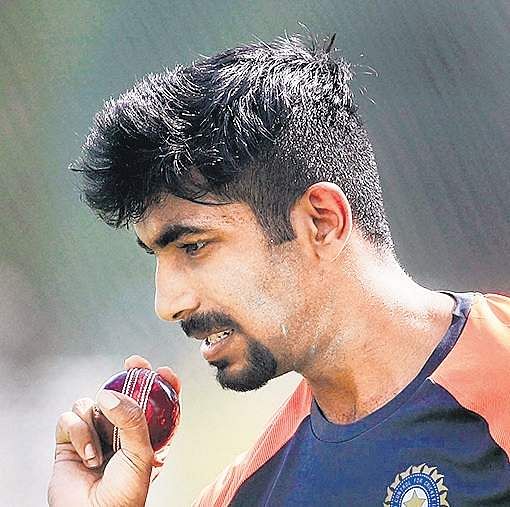 In most cases, you need to take 20 wickets to win a Test and therefore, the onus is on the bowlers to script fairy tales. Indian fast bowlers have not only started to pull their weight in the side but also, have started outdoing their counterparts both in terms of speed and efficiency on a regular basis. Indian bowlers have taken all 100 wickets in the five overseas Tests (considering the Lord’s Test as an aberration) in 2018, and that too, reasonably cheaply. Finally, India have discovered their own pace quartet.

Two five-wicket hauls in just four Test matches — Jasprit Bumrah has taken to Test cricket like fish to water. He fast emerged as one of the finest white-ball bowlers in the world but unlike a lot of white-ball successes, he’s been able to make the switch to red ball cricket seamlessly. He’s quite rapid in the air, hits the deck hard and is an asset when the ball stops swinging in the air. Earlier the problem with Indian pacers was their inability to extract something from the pitch after the ball loses its shine and seam. It happens very quickly with the Kookaburra ball and even with the Dukes ball (used in England), it ceases to help you enough in the second innings after the pitch dries out. While most swing bowlers struggle in these conditions, Bumrah comes in to his own.

If there’s grass and moisture on the 22 yards, you won’t find a better bowler than Bhuvneshwar Kumar to exploit the conditions with the new ball. His control over the wrist position allows him to move the ball in both directions and his accuracy with regards to line and length forces the batsman to be in two minds — whether to play or let it go. He does lose a little bit of venom when the ball gets old and in the second innings but that’s where he makes up for it with his batting. Also, that’s when Ishant and Bumrah take centre stage.

This is the best I’ve seen Ishant Sharma bowl in a long time. In fact, some might argue that it’s the best he’s ever bowled in his decade-long Test career. He’s started bowling a lot fuller — he bowled only 8% full balls in India’s tour to England in 2014 but now, that has gone up to 20%. He may have wanted to bowl fuller in the past also but the lack of lateral movement in the air would’ve held him back. He was always a hit-the-deck-hard bowler depending on the sideways movement after pitching. Half a season in county cricket has seen him develop the art of swinging the ball, which in turn is allowing him to bowl fuller. It can be said that he’s come of age.

Immensely talented, Mohammed Shami is guilty of blowing hot and cold often. He’s got such control over the wrist that he’s one of the few bowlers who make the ball move laterally after pitching without making the seam wobble in the air. When on song, he’s capable of picking 3-4 wickets in a spell but he’s also guilty of leaking too many once in a while. Since he’s got pace and swing, he can be effective with all kinds of balls on all kinds of pitches. Needs discipline.

More from Opinions.
Now we are on Telegram too. Follow us for updates
TAGS
England vs India Test cricket Indian cricket Virat Kohli