Expect to see, somewhere down the year, Andhra Pradesh and Telangana getting their own separate governors for the first time.

Expect to see, somewhere down the year, Andhra Pradesh and Telangana getting their own separate governors for the first time. That apart, some eight governors, including of UP, Bengal, Mizoram and even Karnataka, will be completing five years in their respective Raj Bhawans. However, neither Prime Minister Narendra Modi nor his home minister has had the time to devote attention to the coming selection process. So is what those in the know would have us believe, which includes sources close to Andhra/Telangana Governor ESL Narasimhan. 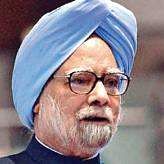 Narasimhan has indeed had a rather long tenure as Governor (he was at a Raj Bhawan even before Ram Nath Kovind become a governor, prior to his election to the Rashtrapati Bhavan), but speculation that he was about to be retired was termed as ‘not true’. Whatever the case may be, the talk of Sushma Swaraj replacing him was promptly denied. “Media is busy finding jobs for Swaraj, Uma Bharti and Sumitra Mahajan”, came a quip. However, it was not the media or Minister Harsh Vardhan who jumped the gun, but a BJP functionary from Tamil Nadu.

Despite his advancing years, former PM Manmohan Singh is certainly seen to be far more active than Rahul Gandhi. While the latter was spotted in London unwinding at a restaurant with a group of friends (he’s also expected to show up at the Indo- Pak match on Sunday), MMS brainstormed for the party at Rakabganj Road, and briefed Congress and ally CMs before the Niti Aayog meet. MMS, however, has retired from the Upper House of Parliament, without a farewell speech and with no clear sight of another term. Though the buzz is that he may be brought in from Tamil Nadu, it’s not clear if the DMK would be ready to sacrifice a seat for him. Alternatively, senior Congress leader Ambika Soni may be vacating her RS seat from Punjab for MMS.

Nirmala Sitharaman is known to be a no-nonsense person— though, after her elevation as Finance Minister, she was seen sporting a rare smile on her otherwise stern face. She even met the media right after joining the much-coveted ministry. But since then, journalists have been banished from the FinMin. Apparently, the instruction is that mediapersons cannot be seen loitering around the North Block corridors. Speculation that the I-T department has been asked to watch on media accounts, however, may not have any basis.

Who’s leading the Congress party? Nobody really knows. Rahul Gandhi’s not budged from his stand of relinquish his post. But the party has not been able to find a replacement. Even top leaders in the party seem clueless. Interestingly, the latest INC pess release on Maharashtra came in the name of the AICC and not the Congress president. In the absence of a clear chain of command, the party’s parliamentary leader’s name has not yet been decided. The buzz is around Manish Tewari and not Shashi Tharoor assuming the post.

Never has the PMO been as powerful as the current one. At least three top officials—NSA Ajit Doval, Principal Secretary Nripendra Mishra and Additional Secretary PK Mishra—now enjoy Cabinet rank. It’s said to have been done to balance out Foreign Minister S Jaishankar’s elevation, and to ensure that loyalists don’t suffer heartburn.