So, boosting the consumption - which would create more demand for the goods and services would result in a greater collection of revenue.

In a situation where the economy was not doing well, even before the pandemic began, and with it getting further hit by the steps taken to contain the pandemic, it was indeed challenging for the Finance Minister to mobilise revenue from the indirect taxes, since public consumption had come down. Indirect taxes like Customs Duty, Goods and Services Tax and Excise Duty etc. are essentially taxes on consumption. So, boosting the consumption - which would create more demand for the goods and services would result in a greater collection of revenue. 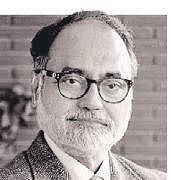 But, for this to happen, strong enforcement action is essential. The Finance Minister has referred to a number of GST evasion cases detected, by use of technology and AI, by the officers of the Central Board of Indirect Taxes and Customs (CBIC). For boosting consumption, an initial thrust will have to be given by the Centre by pumping liquidity into the economy so that the people’s purchasing power increases.

There are various ways of doing it. One has seen some good proposals in the budget speech in this regard. But it seems insufficient considering the magnitude of the problem. This is important because the indirect tax revenue will increase proportionally with the increased consumption.

As for the change of rates of Duty of Customs on imported goods, the most important aspect is the imposition of a new cess called AIDC on the import of certain items, including petrol and diesel and some fruits, agricultural food etc., at specified rates. It has been stated that Basic Excise Duty and Special Additional Duty are being reduced.

The collection of Cess while lowering the existing Basic duties of Customs and Excise is advantageous to the Centre, in as much as the Cess collected by Centre is not shared with the States. The revenue of the States, from the divisive pool of revenue between Centre and States, would thus become less and the States may find this problematic.

As for the overall increase of the amount of money to be paid by importers on the import of some agriculture and food products, it is hoped that the government has taken care of the WTO reservations on similar issues in the face of protests from other affected member countries of WTO. The Finance Minister has also said that the increase in Customs Duties on certain other products will help the local manufacturers, and that it will also boost exports.

In some cases this may be true while in many other cases it may not be so, because many exporters use imported goods as components for the assembly or manufacture of export goods, and for them the cost in terms of Customs Duty will increase and they may lose the price-competitive edge. On GST, certain legislative changes have been made on recommendations from the GST Council, in the Central GST (CGST) and Integrated GST (IGST) Acts.

It was much hoped by the trade that the GST Council would meet once and sort out certain pressing demands on issues like rationalisation of GST rates and also the reduction of four duty slabs to three slabs etc. However, this didn’t happen, and thus an opportunity was lost.

Sumit Dutt Majumder
The writer is former Chairman, Central Board of Excise and Customs