Budget 2021: Health focus will enable all boats to rise with tide

Coming off the back of the pandemic, a global crisis that overwhelmed humanity, the onus now is on us to build on that glorious past, to forge a new forward-looking road.

India has historically been a powerhouse when it has come to ideas that change the world. India’s innate ability to think different and innovate has been the bedrock of path-breaking developments in astronomy, mathematics, wellness, healing, and economics to name just a few. Beginning her budget speech this year, the Hon’ble Finance Minister emphasized on how a self-reliant ancient India was the business epicenter of the world and how modern India, an integral part of leading international groupings such as G20 and BRICS, was once again gaining that pride of place in the world. 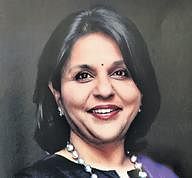 Coming off the back of the pandemic, a global crisis that overwhelmed humanity, the onus now is on us to build on that glorious past, to forge a new forward-looking road. And in this mission too, it is an IDEA that will be the fountainhead of growth - an acronym that I would like to propose, urging India to be Inclusive, Digitally pervasive, focus on Ease of doing business, and carry an Abundance mind-set. This IDEA can be the beacon that guides us in channelizing our efforts on significantly transformational aspects.

The budget with its focus on Health and Wellbeing has taken the COVID bull by the horns to wrestle the economy back on the recovery curve, actually a V-shaped recovery. The mission to become the third-largest economy in the world by 2030 has been set in motion by this first budget of the new decade. Coming as it does after the launch of what will be one of the world’s largest vaccination programs, the budget impact and the speed of economic recovery will depend on the speed with which we rollout the vaccine. Hence, it is gratifying that the budget has recognized this with an allocation of Rs 35,000 crore for COVID-19 vaccine with a commitment to make further provision if required.

The Economic Survey stated that an increase in public spend on healthcare from 1% to 2.5-3% of GDP can decrease the out of pocket expenditure from 65% to 30% of overall healthcare spend and this would be a transformational shift.  The budget has taken the right step by allocating Rs 2,23,846 crore for Health and Well-being, an increase of 137% as against the previous year. The outlay of Rs 64,180 crore in addition to the National Health Mission to be spent to develop capacities of primary, secondary, and tertiary care health systems is a holistic approach that is being taken for the first time, and is indeed commendable.

A combination of keeping the population healthy and stimulating the internal resilience of being Atmanirbhar, keeping our cost structures down and using these cost advantages to export, and export not only pharmaceuticals and medical devices, but also our healing. With this combination, healthcare would do for India in the next decade what IT has done over the last few decades. This would also, at the same time, become the country’s growth engine.

The IMF prediction of the country’s growth for FY21-22 at 11.5% will make us the fastest growing economy in the world. This will bring with it a combination of scaling up of industry and MSMEs through FDI, and definite energization of start-ups with increase in employment generation. In parallel, if we focus on the social sector we can consolidate these gains and sustain the momentum. The budget has addressed each of these aspects with proposals for ease of starting and conducting business, disinvestment, opening up of sectors with increase in FDI limits, and more!

The proposals are also backed by a big push in infrastructure spending with the National Infrastructure Pipeline that is one of the critical aspects of energizing our economy. To achieve the specific target, the budget lays down concrete steps including enhancing the share of capital expenditure. It is essential that we spend the Rs 10.5 lakh crore on infrastructure, as this will ensure that over 200 sectors receive the much-needed boost and promote urban employment. The investment in infrastructure across sectors will propel our nation to new heights of success and a leadership position in the global economy!

All the far-reaching structural initiatives including the creation of a development bank to enable the much needed patient capital, as well as the continued focus on ease of doing business, the agriculture sector, the railways infrastructure and the enhanced capital outlay all go well for the nation and we must say hats off Miss Finance Minister! At this point of time we could not have asked for more.