Never mind that the credibility of the Congress party is at an all-time low. It is now trying desperately to lead the pack of nay-sayers.

From being the poster boy of the ‘World War III’ against Covid, with its vaccine diplomacy to its low infection to population ratio and lowest mortality rate, India and its ruling party have now become the whipping boy of media, print as well as social media in addition to India’s demoralised opposition, who have miraculously been rejuvenated by this negative frenzy. Never mind that the credibility of the Congress party is at an all-time low. It is now trying desperately to lead the pack of nay-sayers.

The second wave, with its ferocity and speed, has made deep inroads into a medical infrastructure that had impressed the WHO with its management of the first wave. There is concern about a veritable bio attack targeting India. We are battling one of the most transmissible, vicious strains of the Covid-19 virus that originated in China. This is hitting us just when we were conquering the pandemic in every way number of cases, recoveries, lowest mortality, and the launching of the world’s largest vaccination program with indigenous production, economic recovery and rebounding of growth and near social normalcy.

What we are witnessing is not just a second wave but a Covid-19 tsunami that is engulfing us. High positivity rates of 30 per cent and above and daily cases countrywide reaching above four lakh. In the meantime, China indulges in revenge observation, claims victory in Covid war, flexes its muscles and turns its back on a de-escalation process already agreed to. 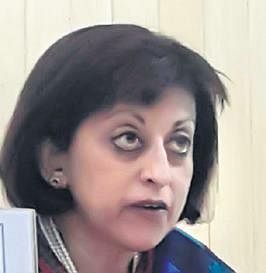 We are facing a national emergency and an existential biosecurity and health security threat. At a time of national calamity, it is incumbent upon us to build morale in order to take action rather than to spread despair.  On the issues of availability of oxygen, beds, ventilators, testing and shortage of infrastructure, it is true that both the Centre and states did not anticipate the scale of the infections. These are now being overcome. Such shortages in a pandemic of this kind happens and is happening in all countries from Japan to Argentina, US to the UK. Developed countries with far smaller populations witnessed chaotic scenes of oxygen shortage and deaths by suffocation. PM Modi had been warning the States to be prepared for a possible second wave but as Fauci says in his ‘Times Now’ interview, no country can anticipate the severity of a pandemic wave.

Let us acknowledge that we are a disunited house and such houses often collapse. We are paying democracy a penalty both in terms of the Centre-state political binary and civic behaviour to fight the virus. Hegel had said: “We learn from history that we learn nothing from history”.  This national catastrophe has to be tackled on a war footing with no blame game.  India has to effectively be ‘Atma  Nirbhar’ in oxygen, essential  medicines, ventilators, medical, hospital  and lab infrastructure and supplies and commandeer all necessary production and supply chains on a war footing.

In the midst of tragic scenes of death and despair, it is unfortunate that the opposition continues to play contrarian politics as on the vaccination issue. Let us recall how they ridiculed the Bharat Biotech vaccine leading initially to doubt and scepticism about its efficacy and vaccine reluctance. When   it comes to lockdowns, the same pattern of negativism plays out with Rahul Gandhi berating PM Modi when he  imposed one and saved lives a year ago to now asking for a complete lockdown, regardless of its consequences.  Let us not lose hope.  Let us pledge to support the government as it moves ahead to combat this unseen enemy. Let us move ahead and embrace, as written in the Bhagwad Gita, the path of wisdom of the Sankhyas and the path of action of the Yogis.

The author is a former diplomat