How tall are people around the world? Here's what we know

Much of height gain in northwestern European nations occurred before the late 20th century.

How tall are people around the world? A global network of health experts pooled together data from 200 countries to answer the question, in a meta-analysis published recently in The Lancet. We visualise the data and explain how height has changed over time.

Much of height gain in northwestern European nations occurred before the late 20th century, though Central Europe reported substantial height gains after 1985. 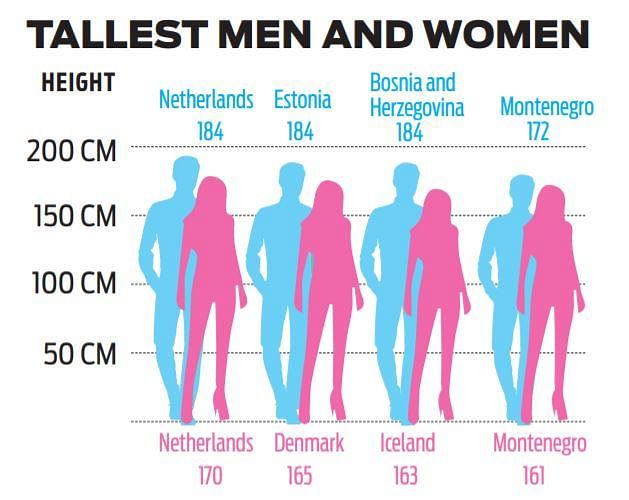 The biggest gains in height since 1985 were in China and South Korea. Increases in mean height for 19-year-olds in China were bigger than in India by 3.5 cm for men and 2.3 cm for women. 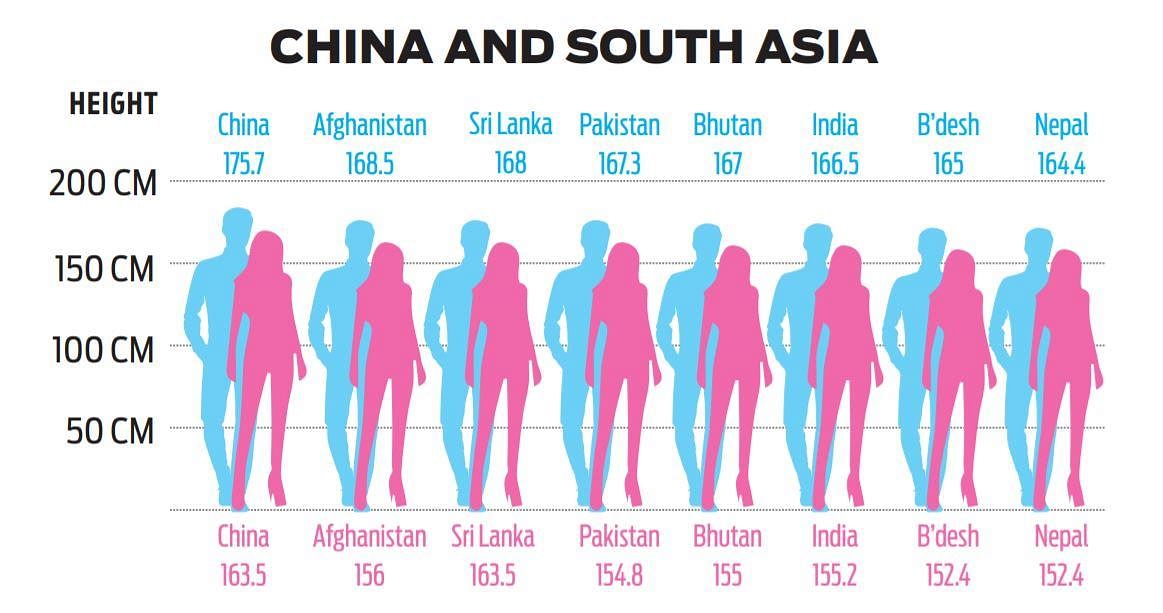 The world’s shortest men live in Timor-Leste Laos, Solomon Islands, and Papua New Guinea. The shortest girls were in Bangladesh, Nepal, and Timor-Leste. 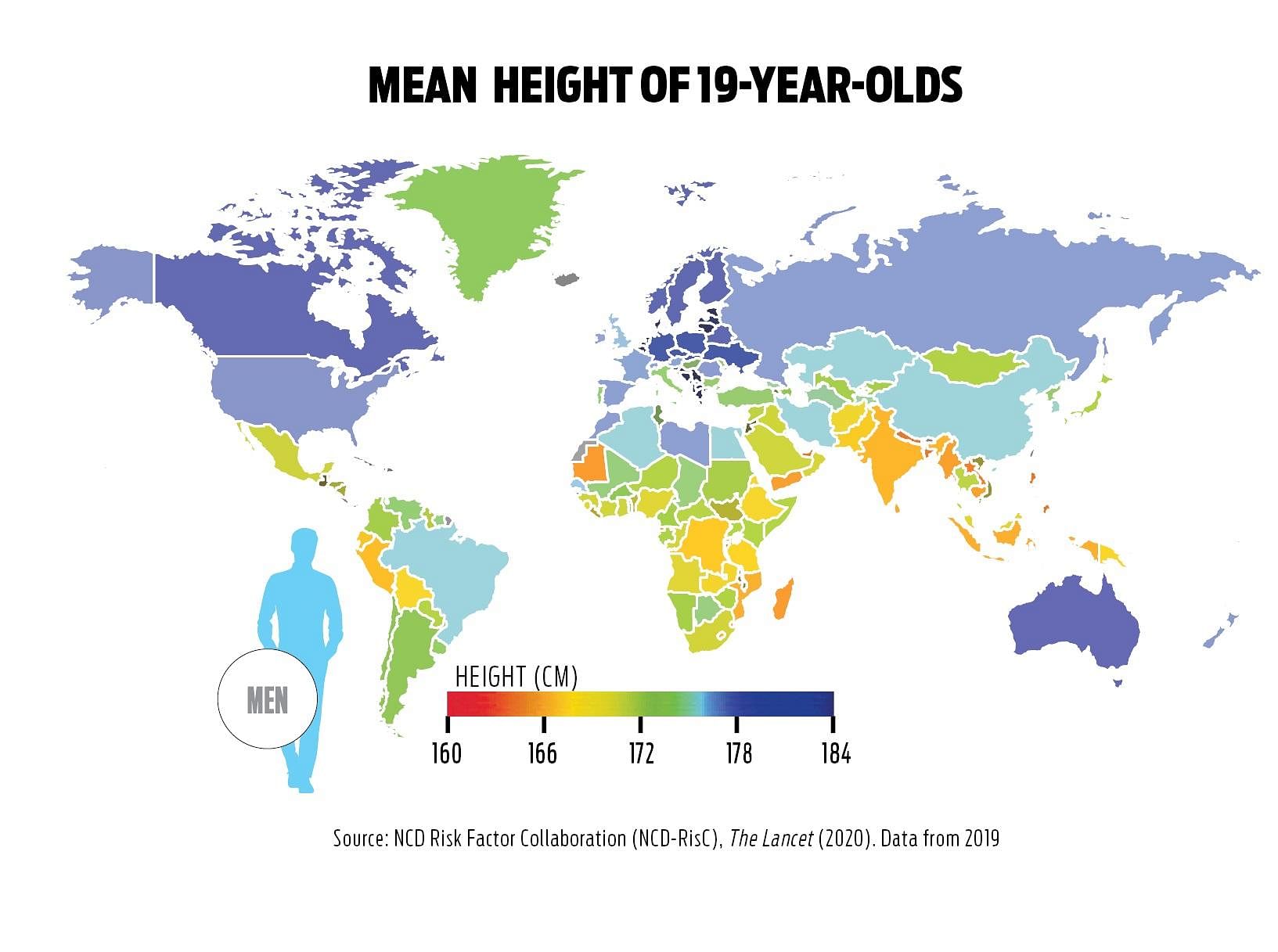 There is a 20 cm height difference between countries with tallest and shortest mean height. This means a growth gap of 8 years for girls and 6 years for boys. 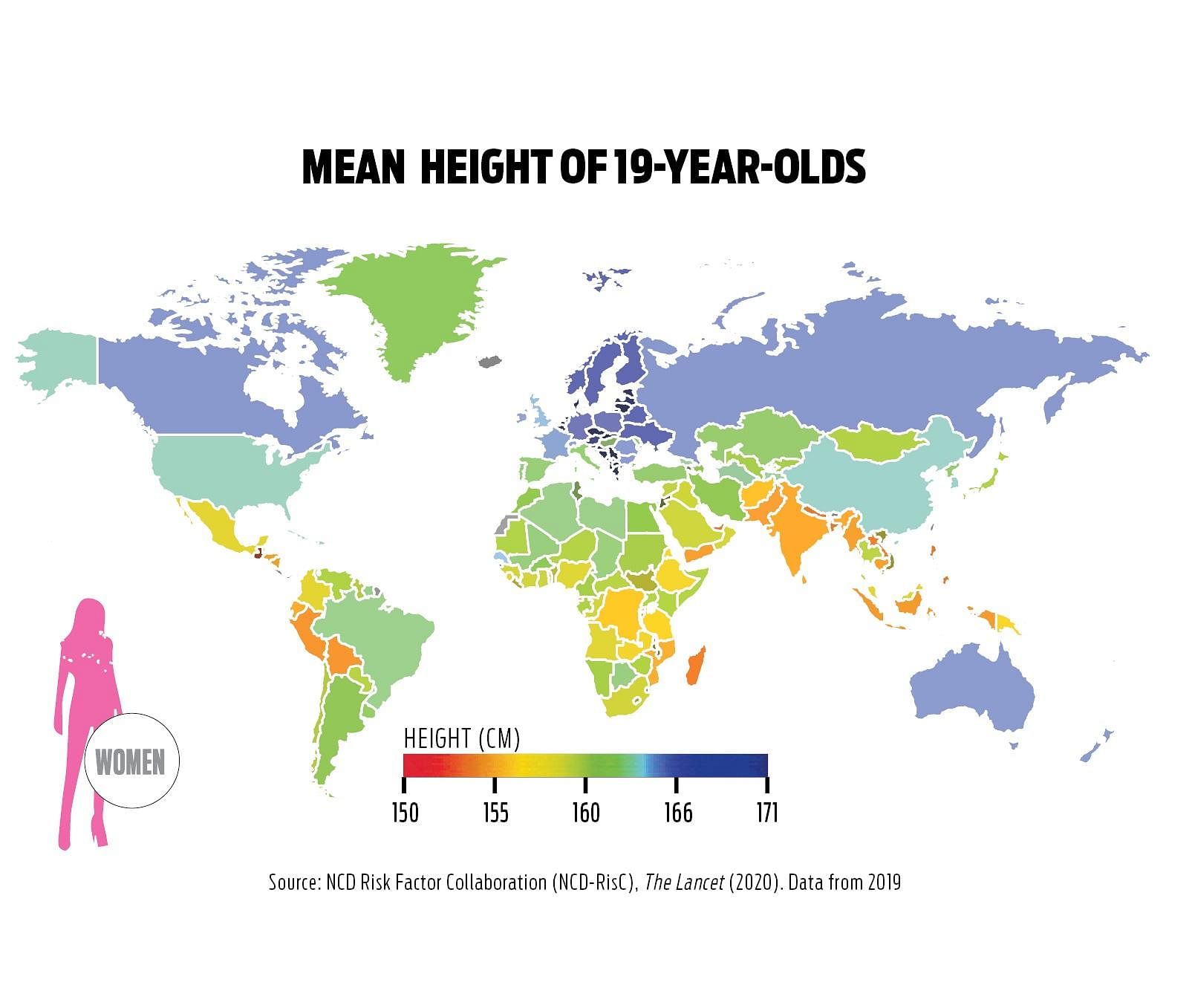 What makes you tall or short

The genetic component does play a role in determining height in populations, but it contributes less to height changes over time.

They study authors noted that the height of descendants of migrants generally matches the mean height of their new country within a few generations, suggesting that nutrition and environment play a key role. Energy balance and the intake of proteins, fats, and micronutrients have an impact on height before a person is 19.

Environmental exposure during the mother’s pregnancy also affects the height and weight of the child.

Clean water and proper sanitation help in preventing infections. This in turn affects height gain in children, as does quick treatment of infectious diseases.

In many countries in sub-Saharan Africa, New Zealand, and the USA, boys and girls gained too little height and put on too much weight over the last three and a half decades, in comparison to their peers elsewhere. Similar patterns were observed in Malaysia, some Pacific island nations and Mexico.

Now we are on Telegram too. Follow us for updates
TAGS
Tallest man shortest man tallest woman Height stats