About 54 million metric tonnes (Mt) of e-waste was generated worldwide in 2019, up 21 per cent in just five years, according to the UN’s Global E-waste Monitor 2020. 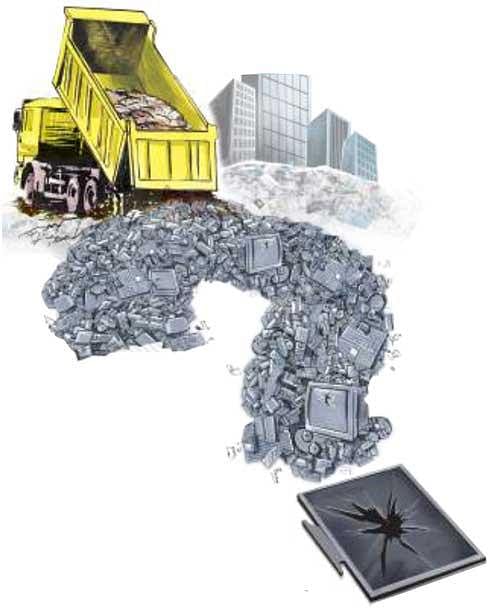 About 54 million metric tonnes (Mt) of e-waste was generated worldwide in 2019, up 21 per cent in just five years, according to the UN’s Global E-waste Monitor 2020. We take a look

$57 billion worth of gold, silver, copper, platinum and other high-value, recoverable materials were mostly dumped or burned rather than being collected for treatment and reuse. 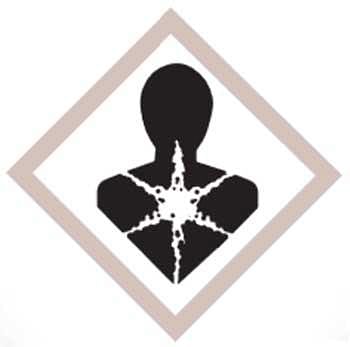 Electronic waste contains toxic additives and hazardous substances such as mercury, which can damage our brain and affect neurological functioning.

50 tones of mercury — used in monitors, PCBs and fluorescent and energy-saving light sources — are contained in undocumented flows of e-waste annually.

98 Mt of CO2-equivalents were released into the atmosphere from discarded fridges and air-conditioners last year.

0.3% of global greenhouse gas emissions was sourced to this release 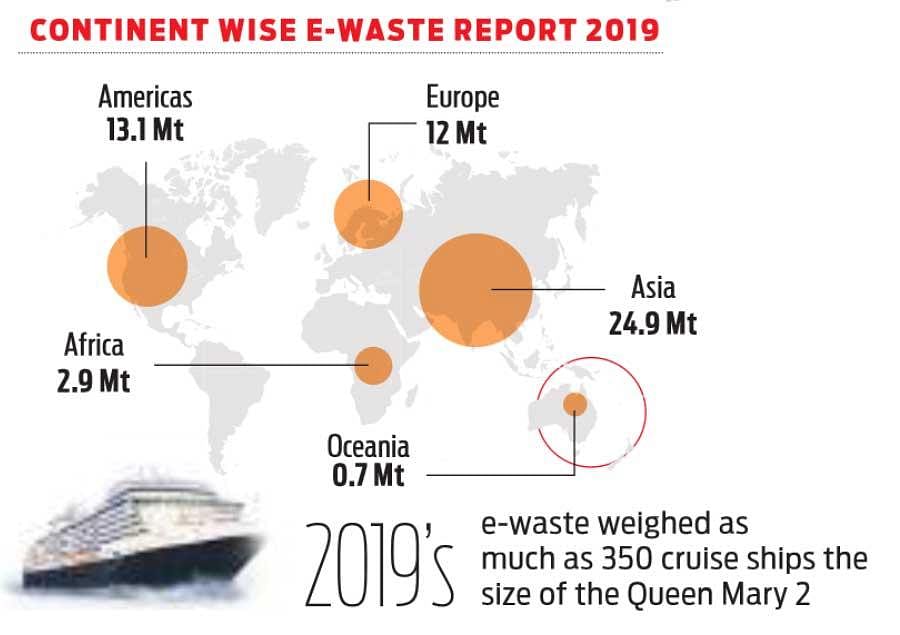 Now we are on Telegram too. Follow us for updates
TAGS
e-waste