Will boycott China work? Here's what the numbers say

According to data from nseinfobase.com of Prime Database, the market value of foreign portfolio investments (FPI) from China surged to Rs 3,257 crore in March 2020 from just Rs 774 crore at the end of Dec 2019. 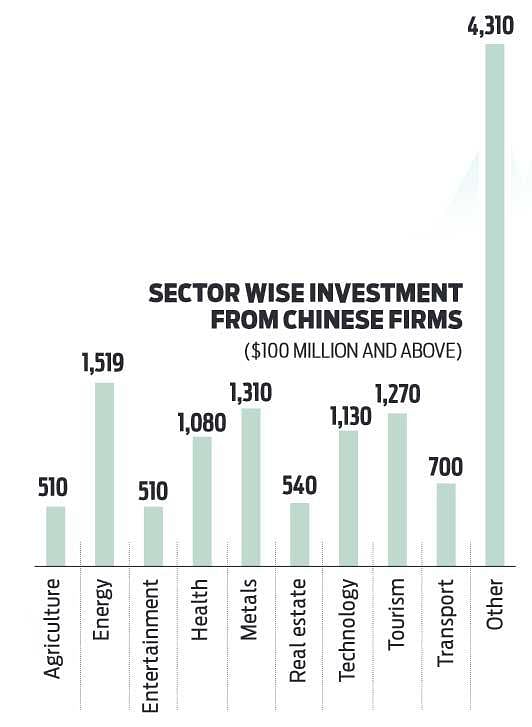 Chinese companies are increasingly showing interest in the media space, mainly in news apps due to limits on foreign ownership of print and television media. The company making the biggest waves is ByteDance, which is behind the most popular news aggregator in China, Jinri Toutiao, as well as the most popular video-sharing app, Douyin. But most stunning has been the success of Douyin’s English-version, TikTok, which as of 2019, amassed over 300 million users in India. Alibaba-owned UC Browser, widely used in India, has also entered the news aggregation space.

Indian pharma is heavily dependent on China as it imports two-thirds of its active pharamaceutical ingredients from China. It is not that India cannot manufacture APIs but Chinese imports are cheaper, one reason why prices of many drugs increased sharply after Chinese supply was halted.

China accounts for nearly 27% of India’s annual auto parts imports valued at $4.8 billion. Indian exports to China in this segment is only about $300 million annually.

Toy imports in various forms are valued at $1.5 billion. India imports over 85% of its requirement of toys. Almost 85% of the total imports are from China, which has completely shaken the domestic industry.

Among the top five best-selling smartphone brands in India, four are Chinese — OPPO, Vivo, Xiaomi and Huawei. The combined sales of Chinese phone companies in India crossed $7.2 billion in 2017-2018. Xiaomi alone has over $2 billion in total sales in India, while Vivo generated $1.6 billion in revenue in 2018, doubling from the previous year

In 2019, Xiaomi announced its seventh factory in India in partnership with Flex in Chennai. It has other facilities in Sriperumbudur near Chennai, Sri City in Andhra Pradesh and Noida in Uttar Pradesh.

Chinese automaker Great Wall Motors (GWM)’s announcement of $1 billion investment with Maharashtra government made headlines because of its timing. Shanghai-based SAIC Motor Corporation is already operating through its MG Motors brand and recently announced a further US$350 million investment in a second unit

SAIC has announced ambitious plans for cars tailor-made for the Indian market with a $288 million investment to expand an older General Motors plant at Halol, Gujarat, and is considering launching electric SUVs with a US$500 million investment. BYD, another Chinese company, is also making inroads in the electric vehicles segment Source: The China Global Investment Tracker, a project of the American Enterprise Institute and the Heritage Foundatio

Stay up to date on all the latest Specials news with The New Indian Express App. Download now
TAGS
China Chinese investments