Dhingra not perturbed by dwindling fortunes in World Championships

Jaiveer Dhingra is a common name in the billiards circuit in India and even in the world. He made noise after making it to the knockout rounds in the IBSF World Billiards Championship in Leeds in 2014 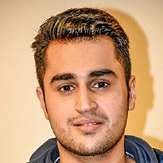 Similarly, in this year’s ongoing IBSF World Billiards Championship, he has made an exit in the Round of 16.
But Dhingra believes, he is still in the learning phase. “Honestly, I could not prepare well this year. In the long-up format, when you make mistake and your opponent takes a big lead, it gets difficult to catch up. That’s what happened. I will take my chance in the shorter format,” he said, after his 432-750 loss to Sourav Kothari. “I think you get to learn more from losses than wins. I have been playing billiards for the last four years, so, I guess I would need more time to win one,” the 23-year-old said.

Shrugging off a disappointing year, the Mumbaikar remains focused on the 150-Up in the ongoing tournament and sets his sights on the nationals. “I have earned a direct entry in the national championship for billiards in Pune. Depending on my performance there, I will earn invitations in the other tournaments. So for now, I just need to focus on the nationals.”

Despite not being able to cross the last 16 hurdle, Dhingra is one of the few young players who still play billiards. People believe the game is dying a slow death. “Firstly, we need better infrastructure. But we can’t always blame the federation because even they need money to build that facilities. At the end of the day, everything goes to cricket,” Dhingra lamented.