R Ashwin (Cricket)
One of the finest spinners to have emerged from India, Ashwin signed off this decade with 564 wickets across formats, most by a bowler in the world. Having come into the public’s reckoning through IPL, he soon made a name for himself in international cricket. Part of the Indian side that clinched the 2011 World Cup and Champions Trophy, control over his off-breaks, and a sharp brain made Ashwin a quintessential limited-overs spinner. Though he has been overlooked in the limited-overs, the 33-year-old still remains a dominant force in Test cricket. 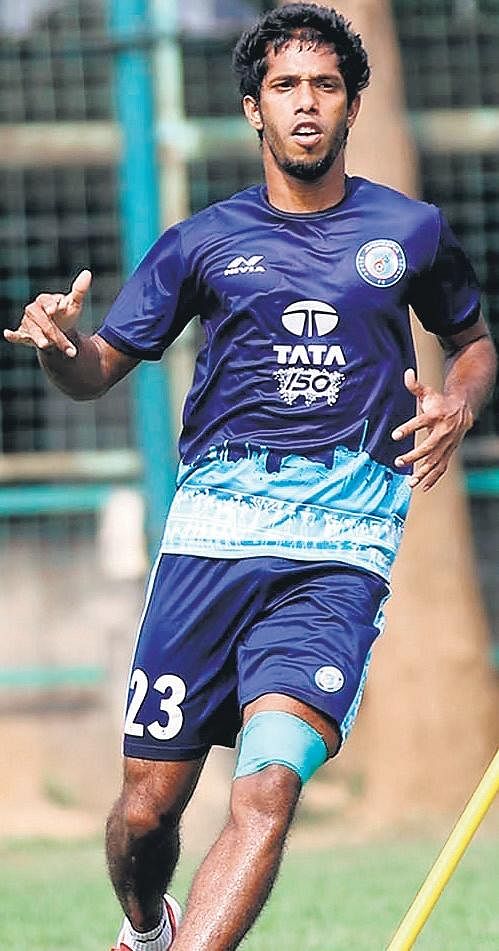 Michael Soosairaj (FOOTBALL)
Hailing from Kanyakumari, the 25-year-old has been a consistent performer in Indian football in the last few years. His journey began at Arrows Football Club of the Chennai Football Association Senior Division in 2016 after which he joined Chennai City FC. In a year, Chennai City made an entry into the I-League, India’s second-tier football league. Things escalated quickly and a breakout I-league season in 2017-18 landed him a contract with Jamshedpur in Indian Super League (top tier). As a winger, he earned admiration for his performance which also caught the attention of national selectors as he made his India debut in 2019.

Aravinth Chidambaram (Chess)
Aravinth caught the eyes of the fraternity in 2017 after winning bronze in the World Junior Chess Championship at U-20 level in Italy. Though India has been producing Grandmasters with remarkable regularity, the 20-year-old raised serious hope of becoming the next big thing even before the likes of R Praggnanandhaa and R Vaishali hogged the limelight. Since then he has come up with creditable performances in the national and international circuit. In May 2019, he became the first Indian to hold national title in all three formats.

CA Bhavani Devi (Fencer)
Bhavani, India’s best bet in fencing, had a year to remember. After winning silver in the women’s sabre individual category in the 2019 Tournoi Satellite Fencing Competition in Ghent, Belgium, she created history by becoming the first Indian to win gold at the Senior Commonwealth Fencing Championship in Canberra in the sabre event. Her best came in the World Championship when she reached the round of sixteen in women’s individual sabre category. Ranked 44, the 26-year-old has put herself firmly in the qualification race for Tokyo and has a great chance of becoming the first Indian Olympic fencer.

G Sathiyan (TT)
For over a decade, A Sharath Kamal was the lone warrior at the big stage. With a string of good performances in the recent past, Sathiyan has shown his ability to take the mantle from the veteran. From being nowhere near the top-100 bracket at the start of the year, the 26-year-old is the highest-ranked Indian now at 30. Having beaten a handful of top-20 players this year, he also became the first Indian to break into the top-25 of the ITTF world rankings when he rose to 24 in July 2019.

Tamil Nadu women’s football TEAM
For a change, the state’s women’s football team has been in the headlines more than their male counterparts for all the right reasons. A national title, a club from the state — Madurai Football Club — winning the Indian Women’s League, TN has dominated the women’s football scene over the past few years. In addition to that, Tamil Nadu Football Association also introduced the women’s league in the state for the first time which kickstarted in December with seven teams featuring in it.

Preyesh S Raj (TT)
A table tennis prodigy, Preyesh has been making the right noises for some time now at the sub-junior and junior levels. With a sound service, great ball sense and an effective backhand, he has shown that he is a  cut above the rest in the state. He rose to the limelight when he won all the five national-ranking tournaments and the national championships in 2017. India’s No 1 in cadet section, the 13-year-old has his sights set on the 2024 Olympics.

R Praggnanandhaa (Chess)
At just 14, he has dominated the Indian chess at the junior level in the past couple of years. From becoming the fourth-youngest Grandmaster to beating the renowned Wesley So in Leon Masters in 2018 to clinching the World Youth Chess Championship in the U-18 section a few months ago, Praggnanandhaa has taken a rapid stride. His high point in 2019 came in July when he upstaged higher-ranked players like Nils Grandelius, Anton Korobov and Gabriel Sargissian en route winning the Xtracon Chess Open in Elsinore, Denmark.