It was a fascinating contest of one-upmanship between Sathish and eventual silver-medallist Jack Oliver of England in the snatch competition.

GOLD COAST: Defending champion Sathish Sivalingam (77kg) claimed India's third gold medal in the Commonwealth Games today, coming out tops comfortably despite having given up podium hopes after his injured thighs made even routine things like sitting painful.

The 25-year-old Indian lifted a total 317kg (144kg+173kg) and was so ahead of the competition that he forfeited his final clean and jerk lift.

"I had no hopes of winning a medal after I injured my thighs during the National Championships while attempting 194kg in clean and jerk.

It's a quadriceps problem, even now I am competing at less than ideal fitness but I am glad that was enough to get me a gold," Sathish said after his medal ceremony during which he was accorded a warm applause by the packed arena.

"I was in so much pain that even sitting was very painful for me. Everyone took care of me, gave me hope but I was not very confident. I had not trained that hard and my body was not at its best, and so how could I hope for a medal," added the Tamil Nadu lifter. 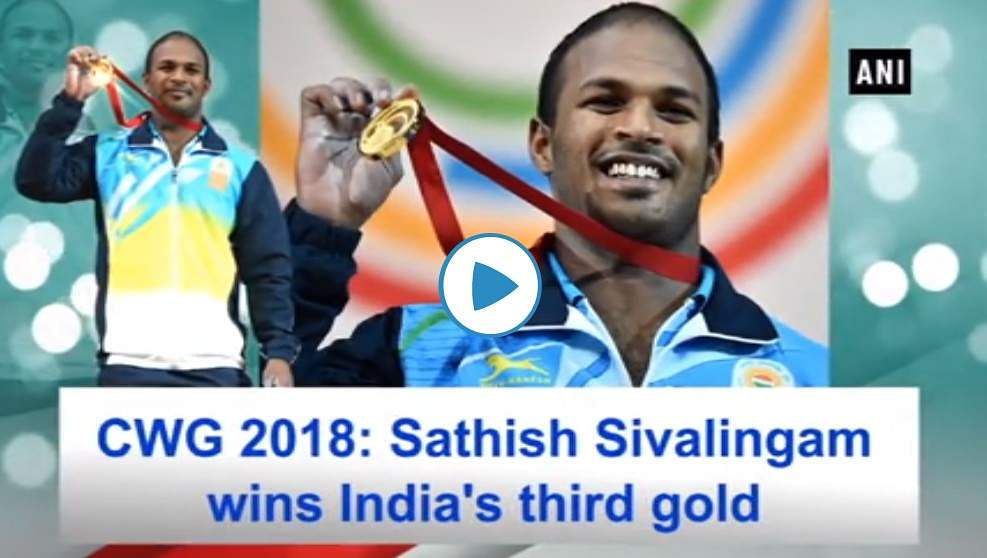 It was a fascinating contest of one-upmanship between Sathish and eventual silver-medallist Jack Oliver of England in the snatch competition.

The two kept upping the weights before their attempts but Oliver kept his nose ahead at the end of snatch as he lifted 145kg in his second attempt. It was a kilogram more than Satish's final attempt.

However, Satish had the last laugh quite comfortably in clean and jerk after Oliver failed two attempts of 171kg and settled for a total of 312kg (145kg+167kg). The bronze medal went to Australian showman Francois Etoundi, who lifted 305kg (136kg+169kg) and collapsed clutching his injured shoulder after his final lift.

"I got lucky there, had he (Oliver) not dropped those weights, I would have had to go higher and I am not sure how my body would have taken that. I am quite relieved actually," the Indian said.

At the 2014 Commonwealth Games, Sathish won the gold medal with 149kg snatch and 179kg clean and jerk lifts, totalling 328kg. His lift of 149kg in snatch continues to be the Games record.

"I didn't want to touch that level because I still need to undergo rehabilitation. The fact that the access to our physio was limited made it all the more difficult. I just hope that we get a physio with us at the Asian Games," said Sathish, once again highlighting the problems the weightlifters are facing due to the lack of accessibility of the physio in the competition area.

"I hope to do even better in the Asian Games because there is a gap now. Earlier Asian Games used to come within 20-25 days of CWG, which didn't give us enough time to prepare. But this time I have got time to prepare and be fully fit now," he said.