14 hours. Across continents and timezones, the founders of international cricket suffered defeats against less-fancied teams.

CHENNAI: 14 hours. Across continents and timezones, the founders of international cricket suffered defeats against less-fancied teams. Although the West Indies’ victory against England was indeed a surprise, or shock, the Mirpur win for Bangladesh against Australia — their first ever — is by no means eyebrow-raising. 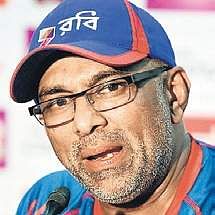 Bangladesh are not pushovers anymore. Definitely not at home, where there is growing belief among the players that they can match the best in their own backyard, irrespective of format. This mindset is a big challenge for touring teams, other than the conditions. Pitches in Mirpur and Chittagong offer turn, but spinners Shakib Al Hasan, Mehidy Hasan and Taijul Islam still have to be relentlessly accurate to consistently probe the opposition.

“In the last few years, we’ve been consistent at home and by playing on pitches that suit our style, players have gained confidence. They don’t feel inferior and believe they can compete with any team now, which is why we’ve been able to beat England, Sri Lanka and Australia in the last 12 months. It’s only the reflection of the team’s belief,” Bangladesh coach Chandika Hathurusingha told Express from Mirpur on Wednesday.

When Hathurusingha took charge, one of his objectives was to form a core that can develop, provided there is consistency in selecting players. Knee-jerk reaction to losses and panic changes were done away with as in Akram Khan, the team had a chief selector who was willing to be patient. “They have never been short of talent. It was all about building confidence and that comes when you win. Once we got that, we took it to the next step, to go out and win Tests. We focussed on the long-run, where we built a formidable team with the right mix of experience and youth,” said the former Sri Lanka player. 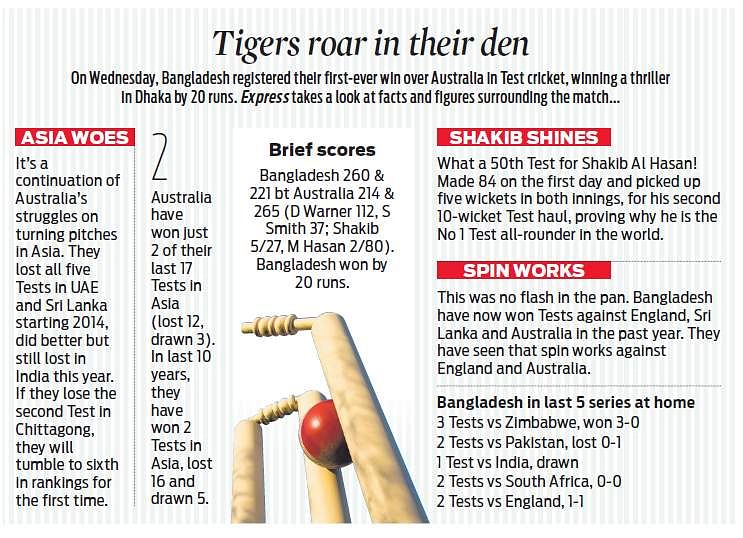 Bangladesh have also benefited from Tamim Iqbal and Shakib’s emergence as players who can hold their own against big names. The team scores big even in seaming conditions of New Zealand and Hathurusingha attributes it to the work done behind the scenes. “Shakib and Tamim know now what’s expected of them. They know good days and bad days will be there, but effort is what that matters in the end. This has rubbed off on other players,” he added.

Though David Warner and Steve Smith were expected to challenge Bangladesh, the hosts went in to the fourth day aware that if they could do it in the first-innings, they can do it again. “We had an honest talk. Nobody was nervous, nor was there any adrenaline rush. I told them not to bother about the outcome. On the final session on Day 3, Australia punished us because we didn’t bowl well. Our strength is accuracy in bowling and making batsmen play. We erred slightly and the plan was to get it right throughout the day,” Hathurusingha said. And the bowlers certainly did.

More from Cricket.
Now we are on Telegram too. Follow us for updates