Twenty-six spells, 69 overs and 415 balls. That’s how long Pankaj Singh took to pick up his first wicket in international cricket against England in 2014.

CHENNAI: Twenty-six spells, 69 overs and 415 balls. That’s how long Pankaj Singh took to pick up his first wicket in international cricket against England in 2014. He even earned the moniker, “unlucky Pankaj” after his debut. Most players would lose heart but not Pankaj.

The tall, burly pacer was the third highest wicket-taker in the 2016 Ranji Trophy with 41 scalps. He also became the third Indian bowler to grab 400 wickets in first-class cricket and the first Rajasthan player to do so. He is fired up ahead of his team’s opening Vijay Hazare clash against Madhya Pradesh at SSN College here on Saturday.

“I’ve been bowling well. The Ranji season was good. There is good rhythm and I feel confident,” he told Express. Team Rajasthan have a blend of youth and experience. And this is what Pankaj feels can make a difference. 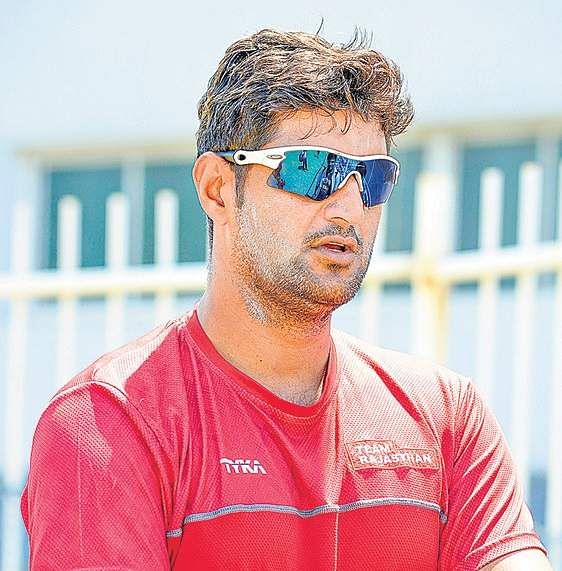 As soon as questions shift to his Test debut, the 31-year-old does not shy away.

“I’ve  been playing first-class cricket for many years. Once in every 14-15 games, you have a game where nothing goes right. It’s unfortunate that I had to endure the fate on

“I thought I bowled well. After the match, many seniors, including MS Dhoni praised me. He said these things happen in cricket. Their encouragement gave me hope,” he said.

In fact, Ravindra Jadeja dropped Alastair Cook’s catch off Pankaj’s 13th ball. When asked whether he has any regrets, the pacer from Sultanpur replied, “Life mein regrets rakhne se aage nahi ja paenge (If you regret, you won’t go ahead). I hold no grudges. I know that if I keep performing, my chance will come again.” What gives him motivation to keep going at it. “Ashish Nehra and Yuvraj Singh both made their comebacks quite late. If they can do it, so can I.”

Team Rajasthan, as they are called, because they have no official cricket association, have had to face quite a few legal battles. Many players have left. “Lack of competitive action and payment issues have hurt. But after the BCCI intervened, at least we are getting to play. As far as players leaving is concerned, I believe in ‘to each his own’. I never felt like moving because Rajasthan offered me a chance when I was a nobody and I’ll  never forget that,” he signed off.