The ICC statement further said the global cricket body won't make any further comment in respect of these charges at this stage.

CHENNAI : It was only last week that the International Cricket Council ’s Anti-Corruption Unit (ACU) met with the President and Prime Minister of Sri Lanka. They notified them of the ongoing investigations with regards to corrupt activities on the Island. On Monday, Sanath Jayasuriya was charged with breaching the anti-corruption code. The former captain is understood to have not offered any co-operation to the ACU and now has 14 days to respond to the charges.

In a statement released on Monday, the ICC said Jayasuriya has been charged under the following codes: “Failure or refusal, without compelling justification to cooperate with any investigation carried out by the ACU, including failure to provide accurately and completely any information and/or documentation requested by the ACU as part of such investigation. 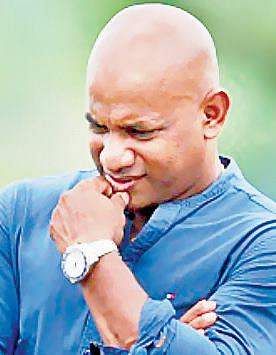 Sources in the ICC told Express that the charges were leveled against Jayasuriya after he failed to handover his mobile phones and tab to the ACU unit when they visited Sri Lanka. The probe, which has been on for over a year now, seems to have received absolutely no co-operation from Jayasuriya. Sources revealed that the 49-year-old, at first, failed to co-operate in the investigations conducted by a detective from the ICC’s ACU.

These investigations relate to an ODI series between Sri Lanka and Zimbabwe last year, which the former World Cup winners lost 3-1. Jayasuriya was the chairman of selectors back then and soon after, resigned from the post due to team’s poor performance.Though he has not been accused of match-fixing or corrupt activities, the news of former opener being charged for failing to co-operate has come as a huge blow to Sri Lanka cricket at a time when ICC has expressed concerns about the prevailing mood in the region. Alex Marshall, head of ICC’s ACU, last week visited Sri Lanka and apart from meeting the heads of state, also met the England team there.

“We are currently in Sri Lanka as part of our ongoing investigations into serious allegations of corruption in cricket in the country. The enquiries are continuing so it would not be appropriate to comment further, but I can confirm that we have, at their request, provided a detailed briefing to the Sri Lankan President, Prime Minister and Sports Minister... I’d like to make it clear that these investigations have been underway for a considerable time and do not relate to the series about to start,” he was quoted as saying on the ICC website.