Cricket as a sport has been battling many corruption charges, none more damaging to its integrity than the scourge of match-fixing.

The startling news that one of the greats of the game has been charged with concealing/destroying evidence that could be related to corruption, should unnerve even the most optimist believer in cricket’s integrity as a sport.

The International Cricket Council (ICC) is not known for being radical in its approach to cleansing the game of unsavoury elements, therefore going public with its charge against a legendary player is an extraordinary development. We don’t know exactly what has prompted the ICC’s anti-corruption unit to charge Sanath Jayasuriya of breaching its code of conduct. All we can surmise is that the misconduct must be serious for them to act and let the world know that the former Sri Lanka opener has refused to cooperate. 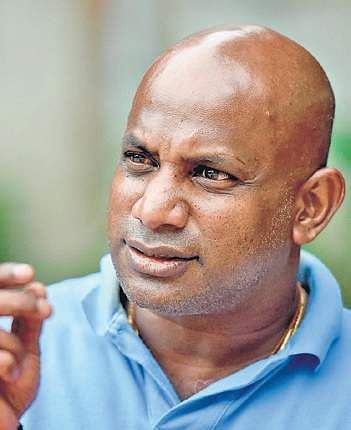 Cricket as a sport has been battling many corruption charges, none more damaging to its integrity than the scourge of match-fixing. Top cricketers in the past have been banned and every year new names crop up, approaches are reported, a few players are even fined but the game goes on as if nothing is amiss.
The money-multiplier T20 leagues, which many believe was the oxygen cricket needed to survive, have thrown up challenges, most disturbing of them being the inroads bookies have made into the game. India’s pride, the Indian Premier League (IPL) has been routinely tarnished by allegations of “fixing” and despite claims of stringent scrutiny, the stain remains.

What everyone should find even more damaging is what Nasser Hussain, former England captain and now a voice of sanity in the commentary box, is reported to have said. While talking to Skysports, he said, “There are ot­her names that are going to come out. It is a huge story, he (Jayasuriya) is one of the iconic figures, a former captain, a great player of world cricket, former ch­air­man of selectors. I have been in the commentary  box with Sri La­nkan and ex-Sri Lankan players and there are so many rumours about big names coming out.”

These words from Nasser do not augur well for cricket. A majority of those who follow the game closely and are associated with it in one form or the other, would agree with what Nasser has said. It is no secret that there have been many allegations against Sri Lankan cricketers and even its board not being above board. Former captain Arjuna Ranatunga has been accusing his own players and officials of wrong doings. He even raised serious doubts about his team’s integrity in the 2011 World Cup where Sri Lanka lost the final to India.

What should cause even more disquiet is that in cricket’s inner-circle which is full of toxic fumes, there are players from many other countries who find routine mention as major “culprits”. The very mercenary nature of the T20 leagues, which has helped players from many “poor” countries make a fortune, has also given rise to speculations that cricket’s arteries may be getting clogged with pollutants.

The ICC has been from time to time raising its concerns over the mushrooming of these T-20 leagues but seems helpless to put in a viable mechanism that could curb this menace.The game is in a peculiar mess. While there is a question mark on Test cricket’s survival due to lack of public interest, its most popular and growing brand is being threatened by greed and lust for money. It matters little from which source it comes.

Stay up to date on all the latest Cricket news with The New Indian Express App. Download now
(Get the news that matters from New Indian Express on WhatsApp. Click this link and hit 'Click to Subscribe'. Follow the instructions after that.)
TAGS
International Cricket Council Sanath Jayasuriya