Rahul Chahar looks to make most of India opening

The last twelve months has been fruitful for Rahul Chahar. From Ranji Trophy to IPL and Vijay Hazare, he has been amongst wickets.

BENGALURU: The last twelve months has been fruitful for Rahul Chahar. From Ranji Trophy to IPL and Vijay Hazare, he has been amongst wickets. Such has been his rising stock that he was included in the India A side, where his impressive returns even helped him earn India T20I cap earlier this month. On Thursday, he was retained for India’s upcoming three T20Is against South Africa starting next month.

These India call ups have come in quite early for the spinner, who only played domestic cricket for Rajasthan in the 2016-17 season. The 20-year-old Chahar considers it just as the beginning. “Obviously (playing for India) is dream come true. I worked for things like these since my childhood. But there is lot more to achieve and this is just the beginning,” said Chahar. 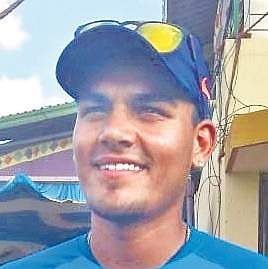 Besides Chahar, Washington Sundar, Krunal Pandya and Ravindra Jadeja are the spinners for T20Is. It points towards the approach of the team management, who are also looking at having a larger spin base with two T20 World Cups in the offing.

While, Yuzvendara Chahal and Kuldeep Yadav were seen as India’s first-choice, the selectors seem to be looking at alternatives for the shortest format. Being a leggie, Chahar might fancy a chance, given the rest three are all finger spinners, but the Mumbai Indians’ player seems ready for the competition.
“There is one thing in competition that it always teaches you something or the other. All bowlers will have different skill set or variations. When there is some competition, there is an urge of doing well than the other, and you will be learning too,” said India Green’s Chahar, who was in action against India Red in Alur on Day 2.

While he made headlines during the IPL. he has been consistent for Rajasthan in Ranji Trophy — especially at home where they more or less play on seaming surfaces. Those 41 wickets he took Ranji season is a testament that he can be considered for whites too, provided he continues to impress in limited overs. “In four-day or Tests your basics should be strong. You need to keep doing what you learnt first as a bowler. In T20Is, besides basics, you also need to be smart with the white ball. In ODIs, it’s about striking a balance between these two. With experience, you will learn to adapt to different formats.”

After Green were dismissed for 440 runs in the first innings, in form Red batsman Karun Nair was in his zone, hitting boundaries at will en route his unbeaten 77. His innings helped Reds score 140/2 at stumps, and still trail India Green by 300 runs. The right-hander remained unfazed even during the last hour of play when Ishan Porel and Dharmendrasinh Jadeja threatened with their spells.
Brief scores: India Green 440 (Garg 53) vs India Red 140/2 (Karun 77 n.o).