CHENNAI: India opener Shikhar Dhawan is pleased with the way he’d performed in the last IPL, and is confident of carrying that momentum to the World Cup. Having made 521 runs in the event, the southpaw is sure to pose some tough questions for bowlers.
“I’m pleased with the way I have been batting in the IPL. I had been striking the ball from the meat of the blade, and I’m confident of carrying my form to the World Cup. We have a very good team, and I am confident that we will do well.” 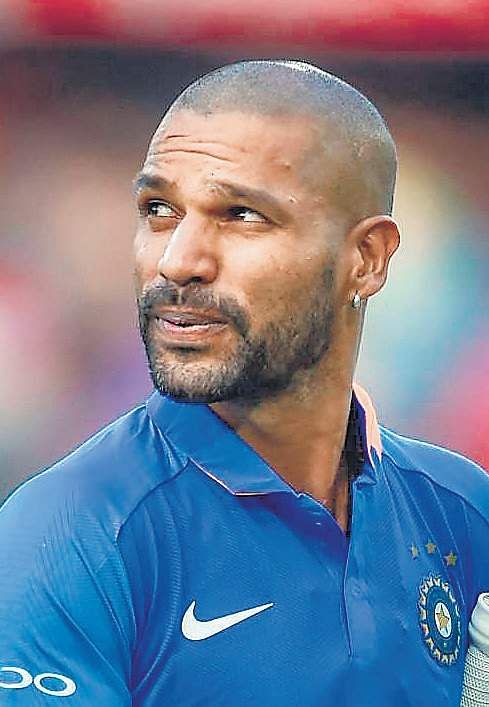 With flat tracks being dished out in England, 300-plus will be the norm for teams. Many believe that this will put India’s top three — Rohit Sharma, Dhawan and Virat Kohli — under immense pressure to deliver. But Dhawan felt that they are equipped to handle those expectations.
“This is not the first time we are playing in a World Cup. We have the experience. We have been doing well for five years now, so nothing’s going to change. We are just going to go and play. We’ve scored so many centuries, broken so many records. We know how to do it. It’s alright if it is the World Cup. We are going to back ourselves and be calm.”

Though India’s middle-order has been subject to many questions, Dhawan felt that no one can underestimate them.
“I understand that everyone’s emotions are high. But that’s not going to win you matches. Confidence and calm will. There have been times when the three of us did not do well. Kedar Jadhav, Mahi bhai (MS Dhoni) have done well then. Hardik (Pandya) has been amazing, and KL Rahul is also there. Vijay Shankar has just come in. He is a talented boy.”
But former opener Sadagoppan Ramesh, who was a part of India’s 1999 World Cup team that played in England, believes that India’s fortunes will rest heavily on Rohit and Kohli. “They are the two guys in our team who can post big scores. If they can convert their 40s into big scores, then it will benefit the side and ease the pressure on the middle-order.”

The conditions in England are not the same as they were in 1999, and Ramesh felt that India should back their batting to make the most of it.
“It is simple: play to our strengths. We have an excellent left-right opening pair. Those two must ensure that Kohli does not come out early. That’s the best time to get him out. So we should not hand over the advantage to the opposition.”
“Conditions change rapidly in England due to the weather. So we need to play accordingly. The trick is to exploit them. If it is dry and pleasant, we should attack from the beginning. If it is overcast, we need to ensure that we have wickets in hand at every stage. Adaptation is key.”
Ramesh felt that a horses-for-courses approach can help India’s middle-order. “We have an experienced pro in Dhoni, and some talented players to marshal the middle overs. No 4, 5 and 6 should be picked based on the situation and conditions. But one thing we must ensure is that Hardik comes in after the 40th over. His job is to score runs at the death, and he must stick to it.”