BCCI silent on tenure of office-bearers

The BCCI’s point is, in case of Shah, Ganguly and George, time spent in state associations has been added to the period they have spent in the BCCI. 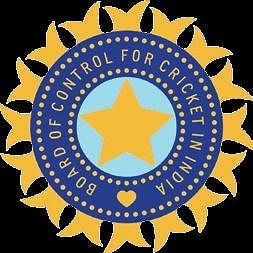 BCCI secretary Jay Shah’s tenure ended last month. President Sourav Ganguly’s term gets over on July 27 and joint-secretary Jayesh George’s on September 23. All three have to take a cooling-off break going by the BCCI constitution. CAG representative Alka Rehani Bharadwaj has written to the Apex Council members seeking updates on the status of the office-bearers. If tenure gets over, one is not eligible to attend Apex Council meetings. The next meeting is slated for July 17.

Till Monday evening, there was no announcement from BCCI on this. Nor did the state associations receive any communication from the office-bearers in this regard. If whispers in board corridors are to be believed, the office-bearers have not discussed the matter with anybody. This has fuelled speculation that the office-bearers are hoping the Supreme Court will hear their plea to revise the cooling-off rule before it’s too late.

“It’s not just a case of tenure getting over. Going by the BCCI constitution approved by the Supreme Court, an office-bearer will get disqualified after the last date. So if someone continues after that, he or she will be doing so despite incurring a disqualification as per the constitution, unless the court rules otherwise,” said a legal professional, who didn’t wish to be identified.

The BCCI’s point is, in case of Shah, Ganguly and George, time spent in state associations has been added to the period they have spent in the BCCI. In its appeal to the Supreme Court, the BCCI has sought a revision of this rule. It has requested that tenure be counted when a person is holding a post in a state association or the BCCI, instead of clubbing the two together.

Now we are on Telegram too. Follow us for updates
TAGS
BCCI