Makhaya Ntini said he used to avoid travelling in the team bus and preferred running to the stadium to deal with the isolation.

CHENNAI:  The latest black South African cricketer to lay bare the racial divisions in the country is Makhaya Ntini. The pacer, one of the country’s most successful fast bowlers, said he was ‘forever lonely’ when he was with the team. In an interview with SABC’s Morning Live, he said he would run from the hotel to the stadium to avoid the team bus.“We would get to the stadium at the same time, I would bowl to them, we would wear the same clothes and sing the same national anthem. I had to find a way to overcome those things. I had to find a way, and that way turned out to be the best weapon in my life,” Ntini said.

“I would go to the driver of the bus early in the morning, and I would give him my bag. I would say to him, ‘I will meet you at the ground?’ I would put on my running shoes and run to the cricket ground. On my way back, I would give the bus driver my dirty clothes and say, ‘I’ll see you at the hotel’. I would run all the way back to the hotel.“I was running away from that loneliness of driving back to the hotel. If I’m sitting at the back, the rest of them are at the front,” he said. 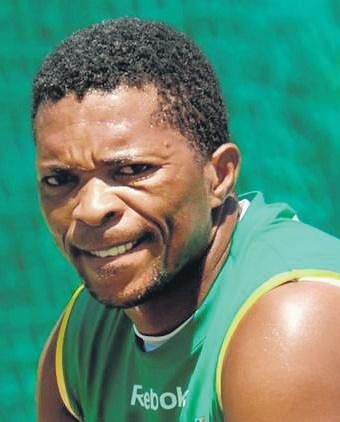 “I was forever lonely. Being lonely is not having someone come knocking on your door and say let’s go for dinner. That’s loneliness on its own. You’ll watch friends calling each other, making plans right in front of you, and then you’ll be skipped. They will go along by themselves. They will have dinner, lunch and breakfast at the same time. If I was the first one in the breakfast room, the next guy will never come sit next to me.”

The 43-year-old, who made his Test debut in 1998, also spoke about how he wasn’t given the same honours usually reserved for cricketers on the last legs of their professional journey. “All of them, I watched them playing in every single city in South Africa because they were retiring. I was never given that opportunity. Mine was shut down immediately. A month later I lost my contract,” he said.

“These are things we thought we’d go to the grave with them. Even though they were painful, but at the same time you can’t go running around telling people what is happening to you because they will say you’re a sore loser who didn’t appreciate what was given to him.”The Protea legend, who took 656 international scalps in 274 games (101 Tests and 173 ODIs), is the latest in a long line of cricketers who have come out in support of Lungi Ngidi and his thoughts on Black Lives Matter after the latter came under fire from the likes of Pat Symcox and Boeta Dippenaar. “This couldn’t have come at a better time. I think this is the right moment, the right time. We’re still young. We are able to sit down with our own kids, and we are able to reach them.”

‘Broken system’
Last week, it was Ashwell Prince who lifted the lid on what it was to represent the country as a coloured cricketer. In a Twitter thread, he wrote: “Some Proteas fans might have been shocked and disappointed by what they’ve read on social-media this week. Truth be told, well at least for the 10 years that I’d spent there, there had never been any UNITY! Australia 2005, a number of us encountered racist incidents on the boundary.”

He continued: “When we brought this to the attention of the leadership at lunch, we were told, “ah it’s only some people in the crowd, not the majority, let’s get back out there.” 2007 WC semifinal 60/6 absolutely blown away by Aus, who’s to blame, TRANSFORMATION. Absolutely zero ownership.”
Ngidi, in an online interview had initially said: “It’s (BLM) definitely something that we will discuss once we are together in person,” said Ngidi.

“We have spoken about it and everyone is well aware of what’s going on. It’s a difficult one because we are not together, so it’s hard to discuss. But once we get back to playing that is definitely something we have to address as a team.” Dipenaar, in response, labelled BLM as a ‘leftist political movement’. “All lives matter. If you want me to stand shoulder to shoulder with you Lungi then stand shoulder to shoulder with me with regards to farm attacks.”

Current guidelines on reopening of activities to be applicable till November 30: Centre