This officially clears the deck for the BCCI to use the window and host the Indian Premier League (IPL).

CHENNAI: Ending months of uncertainty and announcing a decision that was widely expected, the International Cricket Council (ICC) on Monday confirmed that the T20 World Cup scheduled in October-November has been postponed because of the pandemic.

This officially clears the deck for the BCCI to use the window and host the Indian Premier League (IPL). The IPL is likely from the last week of September to November, in the UAE, provided the government approves it. 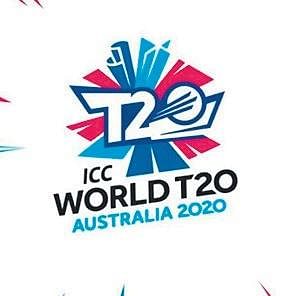 That the T20 WC will be postponed was a given, after Cricket Australia wrote to ICC for the event to be deferred by a year. While the ICC did delay this decision, much to the BCCI’s ire, that it was not going to wait longer was certain. That’s because the stakeholders were growing impatient with the uncertainty.

On Monday, the ICC Board after a meeting that lasted close to three hours, announced that the 2020 T20 World Cup has been postponed. “The decision to postpone the T20 World Cup was taken after consideration of all of the options available and gives us the best possible opportunity of delivering two safe and successful T20 World Cups,” said ICC CEO Manu Sawhney.

The ICC also announced the new windows for T20 World Cups in 2021 and 2022. Both begin in October and the finals are marked for November 14 and 13, respectively. However, it has not revealed the hosts of these tournaments.

That aside, this announcement means the BCCI will now set the ball rolling to host the IPL. September to November is the window as of now and as reported by this daily earlier, UAE is set to be the host subject to government clearance.

A meeting of the IPL Governing Council has been called on Friday, where plans are expected to be finalised. Franchises will also be invited to these discussions now onwards.

Women’s tour of England called off by BCCI

BCCI has informed ECB that it won’t be sending its women’s team for a limited-over tri-series in August also involving South Africa.

The BCCI is understood to have pointed out the worsening situation in India as a reason behind the move to call off the tour. after sending positive signals earlier.

The decision has surprised the women’s team, which was looking forward to the tour.