Final earmarked for November 8, full schedule to be announced after getting clearance from government to hold league in UAE

CHENNAI: With the approval from the Central government expected anytime next week, the Board of Control for Cricket in India (BCCI) has informed the franchises that this year’s Indian Premier League (IPL) will begin on September 19, with the final slotted for November 8. The full schedule will be out once the government gives the go-ahead to move the tournament to the United Arab Emirates (UAE). 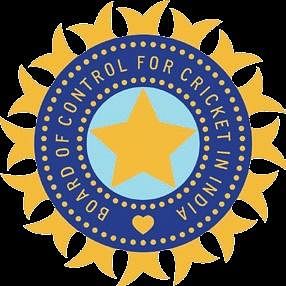 IPL Governing Council chairman Brijesh Patel confirmed the dates as things have started to move quickly in the board circles. While the general perception was that the dates will be confirmed only at a governing council meeting, BCCI believed locking the dates will make it easier for the stakeholders to plan.

As it was in the original schedule for April-May, the tournament will have 51 days if one goes by November 8 finish. It is understood that in case of double-headers the afternoon matches will begin at 3.30 PM IST and evening matches at 7.30 PM IST to suit the Indian television audience.

While there is no definite clarity whether the said governing council meeting would take place, the franchises expect the Standard Operating Procedure with regards to do’s and don’ts under the bio-secure environment will be circulated next week. The chances of players arriving from the Caribbean and UK taking the charter flight look to be one of the things being pondered by the BCCI.

Although the initial plan was to start the league by September 26, the BCCI felt the need to advance it by a week as it would give sufficient time for the Indian team to prepare for their tour of Australia. With the inaugural Test expected to start by December first week, Indians have to arrive Down Under at least two weeks prior to that because of the quarantine guidelines.

Though there were concerns with regards to the availability of Australia and England players – who happen to be core players for most franchises – if the IPL begins on September 19, teams have expressed their willingness to start even if it means they might not be available for the first couple of matches. “In terms of beginning, we couldn’t have expected a better date. This works for everyone. There is a 10-day gap between the Caribbean Premier League and IPL,” said Satish Menon, the CEO of Kings XI Punjab, which acquired the St Lucia franchise that features in the CPL.

However, the picture is not clear as to when England and Australia players will join the IPL. Both teams are lined up to play limited-overs series in the UK and though Australia have already named a 26-member preliminary squad for the series for which the dates are yet to be announced, reports in England suggest that the last and final ODI will be played on September 15.

Even if that is the case, the players will not require to serve the quarantine period if they test Covid-19 negative before boarding the flight and after landing in UAE. But if they return positive in any one of the two tests, they have to be quarantined. Given the money involved, some Australian players involved in the IPL might even drop out of the UK tour. Cricket Australia is also unlikely to play hardball as there are indications that their players will have to suffer pay cuts in the wake of the pandemic.

Now we are on Telegram too. Follow us for updates
TAGS
IPL 2020 BCCI UAE