AIFF charts out ambitious plan to launch age-group leagues across all states, a move which could see around 60,000 kids play regular competitive football.

CHENNAI: On Monday, as the All India Football Federation (AIFF) issued a statement on the decisions taken at a meeting of its League Committee, fans on social media went into overdrive. The statement contained the much-awaited confirmation of a Super Cup next month, which will see I-League and Indian Super League (ISL) sides play each other. It also announced the biggest ever second division league in Indian football history with eighteen teams contesting the I-League division two, seven of them reserve squads of ISL clubs. But buried underneath all that were a couple of lines that signalled the launch of an initiative, that could, if done right, change Indian football.

“It was also discussed and decided to initiate age-group leagues in the states under the state associations,” the statement said. “The top teams of each age-group would be able to participate in AIFF age-group leagues.”If there was anything that the U-17 World Cup showed us, it was how much India lagged behind the rest of the world in youth development. 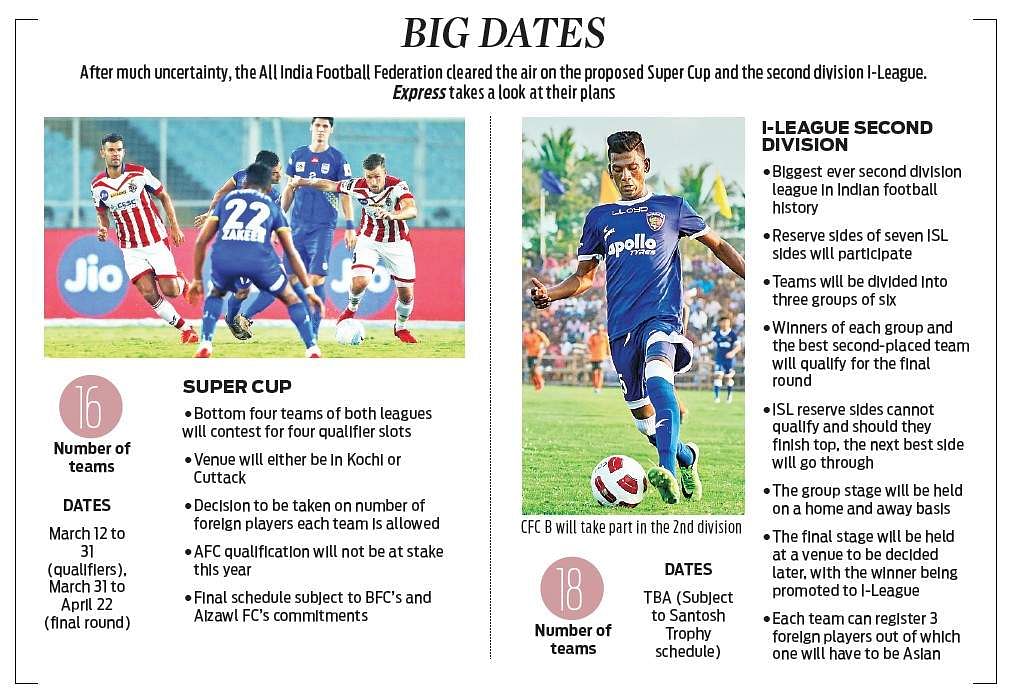 Expert after expert had the same verdict — not only were these kids not playing enough competitive football between the ages of 6 and 13, there were not enough kids playing competitive games at that age. At a conference held on the sidelines of the tournament, the country’s former technical director Scott O’Donell had a startling revelation to make — he had seen players play their first ever competitive game while being part of the national U-19 team.

The AIFF currently operates three age-group leagues (U-13, U-15 and U-18), with around 203 teams from all over the country participating across the three tiers. “These three divisions have their zonal legs, but they are all organised centrally, by the AIFF. But they are not fully unlocking the potential of each state. For example, according to our database Kerala has 140 academies, but only ten of them came forward to participate in the league,” said a federation official.The current model envisages a youth structure that will see state associations operating age-group leagues, the victors of which will then qualify for the national level competition.

The nature of the league will depend on each state — one with a large enough base can operate a two or three-tiered academy league. “Under the current model, the cost factor is prohibitive for the academies which is why a lot of them don’t participate. But once it is a state-level or a district-level competition, the travel costs and other operational investments involved will be much less,” the official said.

Pilot projects featuring the proposed model will be implemented in four or five states this year, with the project then taken to more states over the next years. “We know there are four or five states who are ready to do this right now, so we will implement this there first,” the official said. “Then we will take this to other states. Right now, we have 203 teams playing in our youth leagues. The plan is to have ten times that in 4-5 years — almost 60,000 kids playing competitive football regularly.”

Now we are on Telegram too. Follow us for updates
TAGS
ISL AIFF I-League Indian Super League Super Cup