A break fast to rejuvenate for tougher tasks

CHENNAI: A down-time of little more than two weeks has given India drag-flicker Rupinderpal Singh the opportunity to cool his heels and spend time back home. This after a busy last year, culminating with the Hockey India League.

“The last year has been hectic, what with it being an Olympics year as well. But it’s good to be back home and take some time off. Though we couldn’t make the HIL final, we proved once again that we are one of the most consistent teams,” Rupinder told Express on Tuesday. India’s next assignment will be the 26th Sultan Azlan Shah Cup from April 29 to May 6 in Ipoh and Perak, Malaysia. And the camp will begin on the 14th of this month, running till April 23. 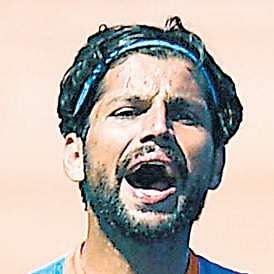 “It’s a five-week camp. The Azlan Shah is an important tournament, and one of the most prestigious ones for us. I don’t know who will get the call-up, but what I can say is that we’ll have to work hard to ensure we have a successful event,” Rupinder added.

The defender, a core member of the senior squad, may be taking it easy right now, but not Gurbaj Singh.
The talented midfielder, who has seen his share of controversies, has been working hard in Jalandhar, and hopes to get a call-up to the national team.

“I don’t know if I will get called up, for that is not under my control. But what I can do is put my head down and work hard, and give my best in every match I play, be it the HIL, Malaysian League or a national tournament. It has always been my dream to play for my country and give 110 per cent every time, and I hope to wear the national colours once again,” said the Punjab Police employee.

Having attracted the highest bid for an Indian at the previous HIL auctions, Gurbaj was disappointed that his team, Ranchi Rays, couldn’t go the distance.

“Personally, the HIL was a great experience for me. Though the team failed to make the semifinals, I felt I performed to the levels I had expected of myself before the event started. It was disappointing that we couldn’t make progress as a team. I felt we had a good squad, and we did aim to make the semifinals,” he noted.

The Azlan Shah tourney will also be the first event for India without former strategic coach Roger van Gent, who called time on his association with the national team late last year. And Rupinder said the Dutchman would be missed.

“He was key to our development over the past couple years. Be it attack or defence, he would always explain to us where we could and should improve. No doubt we’ll miss him,” the 26-year-old signed off.

Although it has been widely reported that another Dutchman, Hans Streeder, will take over from Ven Gent, Hockey India is yet to confirm. Nor is it known when he will join the squad during the camp in Bengaluru.
raviiyer@newindianexpress.com