A race walker’s life is difficult, to put it simply. Away from spotlight, they slog it out early mornings and mostly wrap up their routine before the day breaks.

By Shan AS
Express News Service

KOCHI: A race walker’s life is difficult, to put it simply. Away from spotlight, they slog it out early mornings and mostly wrap up their routine before the day breaks. Rarely do we hear from the athletics world stories of bone injuries caused by deficiency of Vitamin D due to inadequate exposure to sunlight. But, in race walking it happens because they mostly stay away from sunlight. 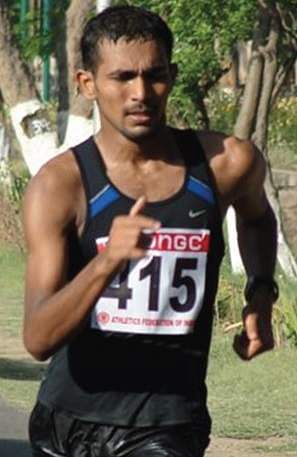 The enormity of the loneliness and self-chosen seclusion is so much that the current national record holder in 50 km, Sandeep Kumar, had once remarked that “a walker would feel that he is the only person moving and the rest of the world appears to him as static. He feels that he is in a whole separate world”. Some like the idea of being at peace with themselves, some not quite. Neither has an alternative.

Come this Sunday, a group of Indian race walkers will hit the roads of Nomi in Japan, in the Asian Race walking Championship. Spearheading the campaign is KT Irfan, who took not only him but the sport as well out of the abyss of obscurity with a creditable 10th place at the 2012 London Olympics.

Despite being around in the national scenario for six years, the grains of uneasiness with media attention are still visible. He is affable, but asking him to open up about the sport, his tactics and his chances, it’s like trying to get hold of a slithery snakehead. It took a bit of coercion to make him talk on his prospects in Japan. This is the second competition the 27-year-old is taking part in after the 2014 Incheon Asian Games, where he came fifth. Last year in Nomi, he stopped midway due to an injury.

“ This time I hope to do better, “ he said. “I am fully fit after a long time. Naturally, I want to record better timing in Nomi. The training has been good so far. For a good three seasons or so, I was suffering from injuries. This season has been injury-free for me. Hope I can deliver the goods and finish in a good position,” he said.

Apart from Irfan in the main event, three other walkers, who finished after him in the National Championship, will participate in the open category. In the women’s 20 km, Priyanka Goswamy will represent the country.