Despite dissent, IOA to have polls only in February 2018

Uneasy lies the head that wears the crown. When it comes to governing Indian Olympic Association (IOA), you don’t have to be Shakespeare to predict it.

Uneasy lies the head that wears the crown. When it comes to governing Indian Olympic Association (IOA), you don’t have to be Shakespeare to predict it.

After almost three years in office, the current president N Ramachandran is getting accustomed to the idiosyncratic challenges of the post. IOA, of late, is not known for its bonhomie. Widening fissures and mistrust among members are threatening to tear it apart. There have been occasions when veiled threats rattled the establishment. 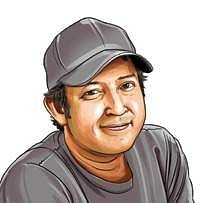 The recent letter by the body’s treasurer Anil Khanna to the president and secretary general regarding the office-bearers’ tenure created a flutter within the community.

The letter said March 26 or 31 was supposed to be the last day on which this present set of office bearers would remain functional. March 26 is already over and March 31 is fast approaching but there seems to be a very uneasy calm prevailing in the IOA. The members are torn between lobbies that want Ramachandran as president and those who want elections now, instead of February next year. Some even want elections to be called immediately.

What Khanna had proposed was fomented by IOA’s annual general meeting in December where the issue of the body’s current tenure was raised by former secretary general Lalit Bhanot. The all-powerful Bhanot, who commands a substantial number of votes, apparently asked the house to seek clarification on IOA’s current tenure from the registrar of society.

Some members are of the opinion that IOA’s elections take place from one Olympic year to the other. The present set of office bearers, except the treasurer, feel it is for a period of four years because the election was not a partial poll for one or two posts. It was for all posts after the other elected body was disqualified/dissolved.

There, however, is lacuna in IOA’s argument too and it is a debatable subject. The circular calling for elections signed by S Raghunathan in 2014 said the tenure was from one Olympic year to another.

According to Ramachandran, “Elections will be held in February 2018 as per IOC guidelines and a new IOA constitution.” Interestingly, Ramachandran and Co consulted a retired Supreme Court judge on this matter and the judge apparently told them that the IOC order will suffice and seeking advice from the registrar of society can be avoided.

Even if Ramachandran gets the benefit of the doubt and continues until next year, will his detractors quietly wait? Going by the body’s checkered past, it will be a surprise if the officials keep quiet for too long.

In fact, this might even brew up into a full-scale power struggle at the next executive committee meeting, likely in a couple of months. After all, officials don’t care. In terms of performance and medal haul, the Rio Olympics last year was worse than London.

The way things have panned out, our officials are not worried about improving the standard of sports in our country but engage in unnecessary squabble, something that, at this moment, is simply redundant and pointless.