Record no of dope cheats, but not a scandal?

The number 187 that sports minister revealed in Parliament on Thursday is worrying news ahead of the 2020 Tokyo Olympics; must take a serious look in

It may sound cliched but numbers do throw up a picture that’s true. Days after the sports minister Kiren Rijiju called for doping-free sports in the country in one of his innumerable tweets, he revealed in the parliament, the number of athletes caught for doping in 2018-2019. It is not just alarming, but might even be the highest ever. The unbelievable number of 187 dope cheats out of 4348 samples collected is, if not the highest, one of the highest in the annals of Indian National Anti-Doping Agency (NADA) history. Rijiju revealed this to a question on “whether several sportspersons have been tested positive in doping tests conducted by National Anti-Doping Agency, if so, the details thereof during the last three years”. Compared to two previous years, this is simply ridiculous. 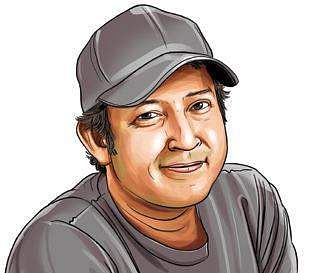 In 2016-17, of the 3112 samples tested, 79 returned positive while in 2017-18 there were 74 positives. Usually, anti-doping rule violations (ADRVs) are cumulated over a calendar year period. However, since this has been calculated over 2018-19 (financial year) the numbers might have increased because this year has seen some of the worst cases. In the first three months, there have been a spurt of doping violations, including at least 16 in weightlifting alone.

Almost all of them are medallists at the National Championships. There are a bunch of powerlifters, bodybuilders, kabaddi players, athletes and, the worst, junior athletes from Khelo India in various disciplines. The 2016 ADRVs record of WADA puts us at No 6 along with Russia with 69 doping offences for that calendar year. In 2016 while replying to a question related to doping, the then sports minister Vijay Goel had given out the number of dope cheats from 2013 to 2015 but the numbers are nowhere near what Rijiju gave on Thursday. In 2013, there were 96 positive cases, in 2014, 95 while in 2015, it rose to 120.

Considering that at the weightlifting nationals, the top three in one weight category were stripped of their medals for doping, the recent figure looks believable. Here the issue is the next three who were elevated to gold, silver and bronze will never be tested. Like one athlete told me, it’s like a lottery. Most athletes come from a humble background and for them, a national or an international medal means a lot. It’s a ladder to a better life. So sometimes temptations do overcome conscience and they take their chances. If caught, they have nothing to lose.

If won and not caught, it’s life on the rosier side with money and fame. Like an expert pointed out, the number might have spiked because of Asian and Commonwealth Games. It’s time the sports ministry takes a serious look into the doping menace that is threatening to turn into an embarrassment before the Olympics. Yes, it may not have reached the Russian proportion but it does look disturbing.

Stricter and unprecedented steps need to be taken and blaming players alone is not always the right answer. Right from coach to the federation to Sports Authority of India training centres, everyone needs to be made accountable. The minister in reply to “whether doping scandal involving leading athletes might hit India’s preparation for Olympics,” said, “no doping scandal has come to the notice of the Government”. Isn’t one hundred eighty seven positive cases in a year scandalous enough?

Now we are on Telegram too. Follow us for updates
TAGS
doping Nada National Anti-Doping agency