Bharat Super League: Exciting finish as Karur make a statement to be winners of TN

The state finals of the Tamil Nadu leg of the Asian Paints Tractor Emulsion Bharat Super League were played out on July 21 and 22, at the Corporation Ground in Coimbatore.

The state finals of the Tamil Nadu leg of the Asian Paints Tractor Emulsion Bharat Super League were played out on July 21 and 22, at the Corporation Ground in Coimbatore. After 12 days of tough tackling and super raiding their opponents, eight district teams from Coimbatore, Tirupur, Salem, Erode, Jolarpet, Karur, Namakkal and Vellore had arrived in the city to stake their claim as the best in the state. 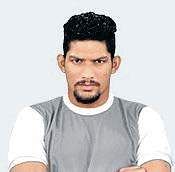 This promised to be the perfect end to three months of non-stop action that is the Bharat Super League (BSL) as it reached its conclusion for the second edition having covered Rajasthan, Haryana and Uttar Pradesh before reaching Tamil Nadu.The opening day saw the teams drawn into two pools as they competed in a round-robin format to see which four teams qualified for the semis. After a hard day’s action that witnessed some formidable performances, teams from Coimbatore, Karur, Salem and Erode stood out from the rest and qualified for the semifinals that was held a day later.

In the first semifinal, Karur squared off against Erode in what was a keenly contested match. However, Karur took control of the second half and raced to a comfortable win. The other semifinal also witnessed a similar turn of events as Salem got the better of the home team Coimbatore 24-15. This had set up a promising encounter between the two best teams in the state.

Unfortunately, the weather decided to play spoilsport during the final and the onslaught of rain meant that the game had to be curtailed and Karur emerged as the champions of Tamil Nadu. I’m proud to be associated with the BSL as I believe this tournament will go a long way in promoting the sport at the grass-root level and encourage more people and kids to take up the sport. I’m hopeful that this tournament will also help unearth some talented players who might one day go on to represent our country at the global stage..”

The writer is a veteran kabaddi player