NEW DELHI: The recently-concluded UTT National Ranking Table Tennis Championships (North Zone), held at Sonepat, was devoid of star attractions as G Sathiyan, A Sharath Kamal and Manika Batra kept away due to their international engagements. However, one paddler was quietly making a comeback into the national scene.

Soumyajit Ghosh, representing Haryana, looked rusty during the matches. Understandable as this was his proper comeback after the Table Tennis Federation of India lifted his suspension on December 30. He had played at the Senior Nationals at Cuttack back in January but that was more of a customary participation.
Even though he was far from fit, the 26-year-old helped Haryana to the team title, while reaching the quarterfinals in singles. He admits that there is a lot of scope for improvement. 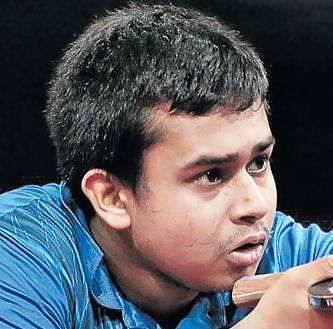 “I started practicing gradually from February. I have gained a lot of weight which is hampering my movement. I have also sustained a groin injury. I’m currently in the process of fixing these issues,” he told this daily. But all these are mere side notes compared to the storm that has engulfed his life in the last one-and-half years. He was first accused of rape by his then-girlfriend back in March before being suspended by the national federation. He had to miss out on both the Commonwealth and Asian Games.

The duo patched up and got married in August but further troubles soon started and five months later, he was accused of domestic violence. The former Olympian is currently fighting three cases against him in various courts. But he doesn’t want to go into details about them.

“Everybody knows what is happening. And they have formed their own opinions. The only good thing that has come out of all of this is I have found out who are my well-wishers. I have come closer to my parents and my friends. I have had a solid support unit behind me and they have helped me remain sane.”

Once the shining light of Indian table tennis, he had become the youngest Indian ever to qualify for the Olympics back in 2012. With another Olympic cycle upon us, does the paddler hold any hope of making it to Tokyo? “There is no point in looking so far ahead. You never know what can happen tomorrow. My next tournament is going to be the South Zone Nationals. As far as Olympics is concerned, if not this time, next time definitely I will give my all. The hardest thing for me was staying away from the game that has given me everything.”

Stay up to date on all the latest Sport news with The New Indian Express App. Download now
TAGS
Soumyajit Ghosh Table Tennis