More trouble for NSFs over non-compliance?

This is the longest period for which 57 National Sports Federations have remained derecognized by the sports ministry following a Delhi High Court order.

This is the longest period for which 57 National Sports Federations have remained derecognized by the sports ministry following a Delhi High Court order. And going by what’s brewing, this seems far from over. According to sports lawyer Rahul Mehra’s reply to a sports ministry application, the federations might be headed for more trouble. Mehra is the petitioner in the case of NSFs violating the National Sports Development Code of India, 2011. 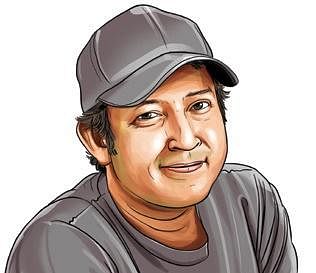 In his reply, Mehra said that none of the NSFs comply with sports code in letter and spirit, and thus no one should be recognised. He also sought more transparency in granting recognition to the NSFs according to the code. The next hearing is on August 7. In his affidavit, Mehra also requested the court to direct the sports ministry “to not grant recognition or annual recognition to any NSF until they are compliant with the Sports Code in its letter and spirit”.

In fact, Mehra’s reply went into the details of each and every federation and highlighted where they erred in following the sports code. He requested the court that sports ministry be directed to disclose all complaints and pending representations alleging mismanagement against any NSF including the IOA as well as action taken by the ministry. The affidavit also points out that if the process of granting annual recognition begins by December 15 and ends in January, then it would not be following a February 2020 order.

Interestingly, the sports ministry through an application dated July 28 had requested the court to delete its name from a February 7, 2020 order that says: “The Court further directs that both the IOA and MYAS will hereafter while seeking to take any decision in relation to the NSFs inform the court in advance”. The ministry says this has disabled it from discharging its executive powers and functions as entrusted by the Constitution of India. It also said decisions regarding all matters “related to the NSFs and Indian Olympic Association (IOA) falls under the executive power of Respondent No 1 (ministry)”.

The NSFs have somehow managed to steer clear of trouble because of the Covid-19 lockdown and restrictions since the withdrawal of recognition. As signs of re-opening emerge, they are getting visibly worried. Though the sports ministry through Sports Authority of India has started conducting camps, in the long run this would face problems, especially when athletes need to go abroad for training and competition. Most of these are sanctioned in consultation with the NSFs.

The yearly recognition makes them eligible for government grants for national competitions, training and exposure trips. With international events lined up, this might turn into an impediment if not resolved early. Some NSFs are planning to host nationals from September itself. If stalemate continues, it might jeopardise their plans.

Also, as of now, no player is affected. It needs to be seen how players would react once competitions start in India and abroad. The provisional extension was given until September 30 and the date is less than two months away. Like one federation pointed out, if the sports ministry is given all powers to control NSFs and IOA, would that mean the autonomy of federation is compromised? We have to wait for court now.

More from Sport.
Now we are on Telegram too. Follow us for updates
TAGS
Rahul Mehra NSF National Sports Federations