“Let bygones be bygones. I want to start afresh now. I will be more careful now and ensure I lock my room properly to prevent any sabotage,” the 31-year-old said.

CHENNAI:  Life has come as a full circle for Narsingh Yadav (74kg) when he was named in the list of male wrestlers selected for the wrestling camp scheduled to start at the SAI centre in Sonepat on September 1. It started at the same facility four years ago when the grappler tested positive for an anabolic steroid methandienone, a banned substance that helps build muscle and enhance performance.

India’s entry in the 74kg freestyle category for the 2016 Rio Olympics, Narsingh was banned for four years by World Anti-Doping Agency (WADA). The ban was upheld by the Court of Arbitration for Sport a day before his bout at the Games, ending the wrestler’s hope to compete in the quadrennial event. Come September 1 and the Maharashtra grappler will be back at the same venue but this time he vows to be more careful as he doesn’t want to miss the Olympic train.

“Let bygones be bygones. I want to start afresh now. I will be more careful now and ensure I lock my room properly to prevent any sabotage,” the 31-year-old said. He had alleged foul play after failing the dope test, accusing that someone had spiked his food supplements and he still maintains that version. The 2010 Commonwealth Games champ received an official communication from WADA earlier this month confirming that his ban period has ended and he is eligible for future meets, including the Tokyo Olympics. 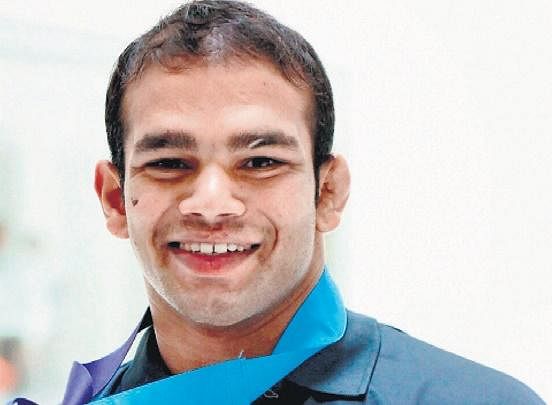 camp. “I had been training regularly even during the ban period as I was optimistic of a comeback. The postponement of the Games offered me a lifeline and I want to make it count by qualifying for the event,” he added. While double Olympic medallist Sushil Kumar, with whom Yadav shares a bitter past, has decided to skip the camp to train with his personal staff at the Chhatrasal Stadium, the two are bound to cross paths during selection trials.

“It’s not about any particular wrestler. I have to overcome a few challenges if I wish to book a place in the national team as a lot of youngsters have shown promise in my weight category.” Presently, Yadav is training under the guidance of his coach Jagmal Singh at the SAI Centre in Kandivali and feels that it will keep him in good stead when the camp resumes. “I am training for four hours in the morning and as many hours in the evening. I might be out of the camp but was never off the mat,” he signed off

Now we are on Telegram too. Follow us for updates
TAGS
Narsingh Yadav WFI