The Union Ministry of Home Affairs has given permission to open sports complexes and stadia for athletes to train with personal coaches.

CHENNAI: The Union Ministry of Home Affairs has given permission to open sports complexes and stadia for athletes to train with personal coaches. After weeks of waiting, cricketers are allowed to train at Chepauk. Select tennis players and fencers can also train at SDAT facilities. But the SDAT-MRC Stadium that houses facilities for hockey, tennis and volleyball remains closed. Members of the hockey fraternity are not happy that players are not able to train. 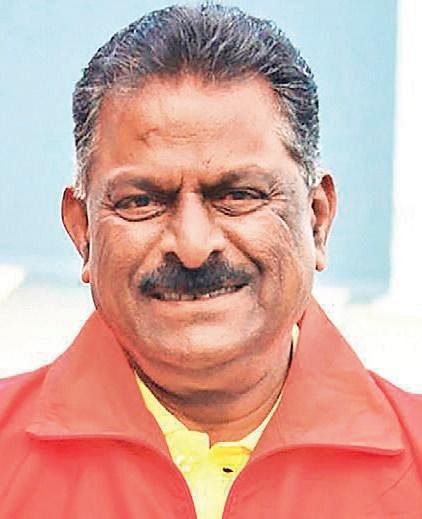 “There is no news when the hockey facility will open for practice. They (SDAT) could have contacted us, held meetings and could have asked us how to go forward as hockey is an Olympic sport. We were not invited to any of the meetings and the MRC Stadium is closed,’’ said V Baskaran, Olympian and president of the Chennai Hockey Association (CHA).

Sources tracking developments indicate that players training for Olympics and those who are in the Future Champion scheme of the SDAT are given preference. “It is not fair to concentrate only on a few sets of players. What if a current hockey player from Tamil Nadu gets selected to play in the Olympics next year? What is required is a clear set of protocols and SOP which we will follow. Players are eager to resume training. The CHA league is competitive and helps players improve their skill sets. You need some practice and get in touch with the game to play when the league resumes once the lockdown is over and the situation improves,’’ said the former Olympic gold medal winning captain. Baskaran insists that players will follow social distancing and not get into contact with one another.

This can be done by having only specific drills. “We will ensure social distancing. Players will not train in groups. They can dribble alone to have a feel of the turf, practise conversion of penalty corners and strokes. They can practise ball possession. Just running on the turf with a hockey stick itself would do a lot of good to their morale,’’ said the former Indian coach. Dronacharya awardee A Srinivasa Rao is sad that table tennis facilities are still under lockdown.

The SDAT-AKG table tennis development centre at Nehru Stadium is among those. “Since in the area around Nehru Stadium there are a lot of coronavirus cases and with migrant workers too at the stadium, I think they have not opened the facility for table tennis yet. Like they have given permission to select athletes to train, they can allow Sharath Kamal too to train at the SDATAKG facility. He will follow protocols and start training with a robot. Returning to the game will be a psychological boost for him,” said Rao.

More from Sport.
Now we are on Telegram too. Follow us for updates
TAGS
Hockey