One among the 50 refugee athletes named by IOC, cyclist Badreddin Wais Ahmad tells Swaroop Swaminathan about his journey from war-ravaged Syria to Tokyo Olympics...

On June 3, 2016, the modern Olympics movement had one of its most significant developments. Even though it had been in the works for months, the International Olympic Committee (IOC) officially confirmed that ‘ten refugee athletes’ will compete at Rio de Janeiro. They “will act as a symbol of hope for refugees worldwide and bring global attention to the magnitude of the refugee crisis when they take part in the Olympic Games Rio this summer”, the body said in a press release.

The initiative was an unqualified success, so the IOC looked at increasing the number of competitors from 10 to around 50 at the Tokyo Games. Apropos, the IOC, on the occasion of World Refugee Day on June 20, 2019, announced a list of ‘current 50 refugee athlete scholarship-holders’ (inclusion on this list is the first step towards making the actual IOC Refugee Olympic Team Tokyo 2020).

Badreddin Wais Ahmad was one among the 50 in that list. Last week, during a special live workout session organised by the Olympic Channel, Wais was all smiles. Living in Lausanne, the cyclist is counting down the days to compete in Tokyo. Even though it’s postponed by a year, he gives a positive spin. “It gives me an extra year to prepare,” he says to this daily.

That perspective comes naturally to athletes like Wais. In 2014, competing at the Olympics was not a thought he was entertaining. Back then, he was fighting for survival. In the literal sense.“You do know I’m wanted in Syria, right?” he says in the middle of this 50-minute long conversation.

Even though this is the story of the athlete born in Aleppo in January 1991, this is really the story of all athletes in the Refugee Olympic Team.One of the best cyclists to emerge from Syria, he competed at the men’s junior World Championships in Moscow in 2009 (individual time trial). The country wasn’t exactly known for its cycling history but Wais, who took to the sport when he was 14, wanted to show Syria the possibilities in the sport. 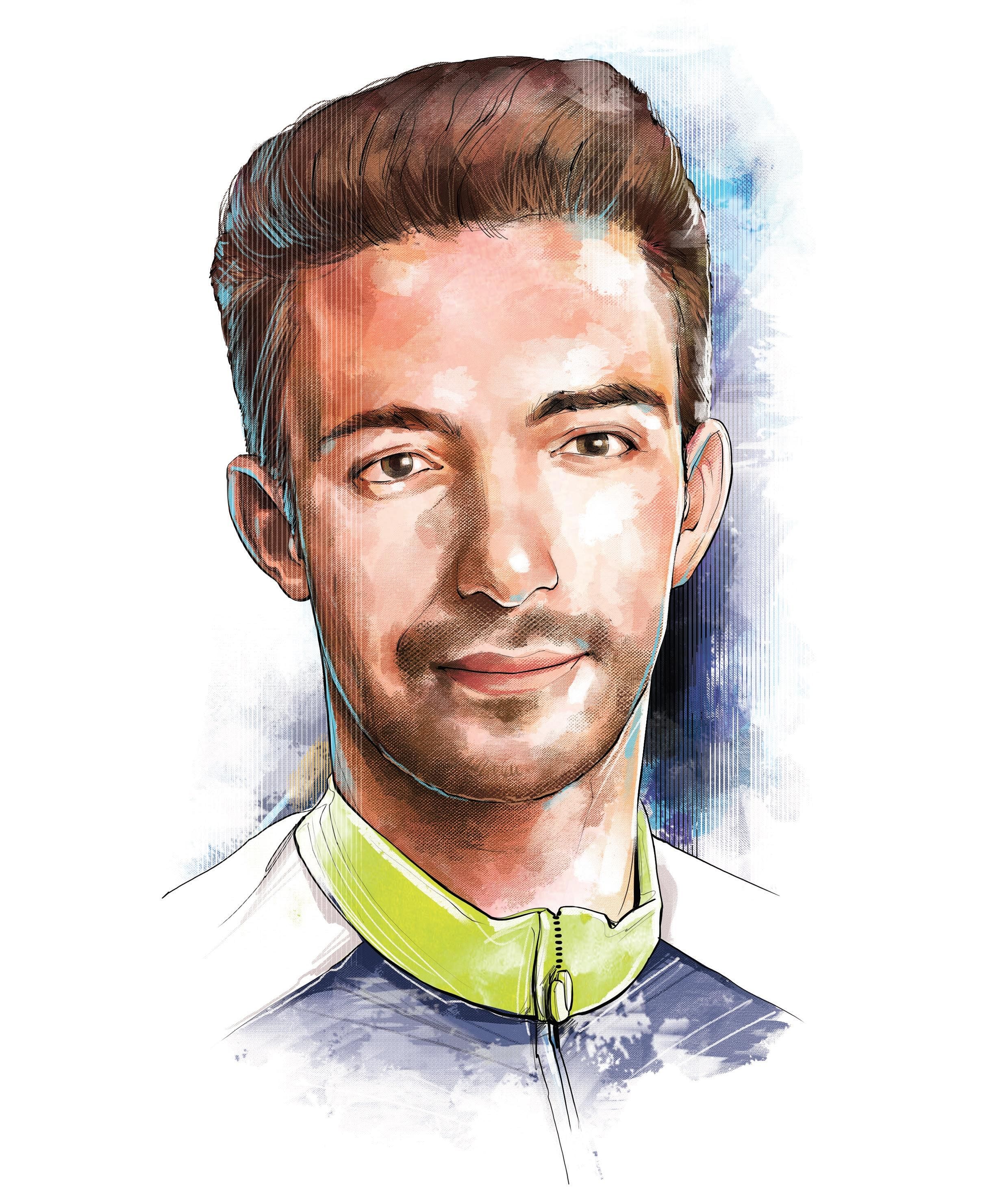 His best laid plans though were halted by the atrocities of war. He continued to race even after war broke out in 2012 but training in such a situation was dangerous. It’s a word that keeps coming up during the conversation.

Even as his family fled to Turkey, he continued to train in Damascus through 2013 and the starting of 2014. But after some time, the inevitable happened. “I knew I had to go,” he says.So he began a dangerous journey from Damascus to Lausanne via Lebanon, Turkey and Greece. He is one among scores of people to have been on a boat going from Turkey to Greece. “Those were very, very tough moments in my life,” he says. It also included lying low in Turkey, getting a new passport and hoping the Swiss government would issue the necessary papers for him to stay there.

This journey in 2014 left him emotionally shattered and physically tired. The immediate consequence was his career was put on hold as he tried to reassemble his life (he didn’t compete from June 2014 to September 2017).

Quite naturally, he hasn’t been to Syria since leaving the country some six years ago. “I am wanted by the military,” he explains. He is wanted because it is compulsory for Syrian men between 18 to 42 to serve in the military. “Those who evade service,” The Atlantic magazine noted in 2018, “face imprisonment and forcible conscription.”  “So, yeah, I cannot go back,” he says.

After not training for more than a year, he again got on his bike in the end of 2015. “I could not do anything in Lausanne in those initial few months,” he remembers. “I had to wait for the papers to come through.”

Once it did, he got back in the saddle. Muscle memory took over as he finished 60th in the individual Time Trial event at the World Championships in Bergen (Norway) in 2017. His story was so inspirational that international news agencies made a beeline to speak to him during the media day of the event in Norway.

With an established training routine and some semblance of normal life, he took part in six international meets — including the Worlds in Innsbruck in Austria where he finished 53rd — in 2018.His biggest achievement on the road, though, came in 2019. “I took part in the Asian Cycling Championships in Gazalkent (Uzbekistan) where I finished ninth (individual time trial) and 31st (road race).

With those results, he spoke to Gonzalo Barrio, the project manager of the refugee athletes programme. As they say, the rest is history.Will he wear a jersey with ‘SYRIA’ emblazoned across it next July? “That’s the hope,” he smiles.

Now we are on Telegram too. Follow us for updates
TAGS
Badreddin Wais Ahmad