CHENNAI: Boxers joining national coaching camps will be subjected to thorough medical checks. Those coming from green and orange zones would be asked to go on five-day self-quarantine, while those from red zones must take it for 14 days. No sparring and intense training during the initial period. COVID medical coverage to be introduced for boxers in the camp. Training should be in small groups of three or four. These are part of Boxing Federation of India’s (BFI) standard operating procedure (SOP) drafted for national camps. 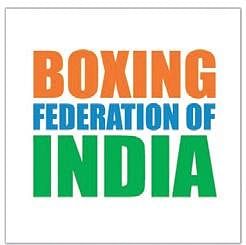 The document titled ‘Standard Operating Procedure (SOP) And Guidelines For Boxing Federation Of India National Coaching Camps Due to COVID-19 Pandemic’ has been prepared by BFI in consultation with High Performance Director Santiago Nieva, foreign and national coaches, doctors and top BFI officials. This was submitted to the Sports Authority of India for consideration.Also, once a boxer joins a camp, he or she will not be allowed to leave until normalcy is restored. Preferably, the boxers should have single rooms with attached bathroom.

Since boxing is a contact sport, according to the SOP, sparring should not be part of regular practice for now. “High intensity workout to be discouraged till the situation normalises as high intensity training may give rise to relative immunosuppression window of 72 hrs where such athlete may be susceptible to viral and bacterial infections thus further suppressing the immune system (high risk of COVID-19 from aerosol/environment),” the document said. The BFI also believes that “emergency medical services and diagnostic facilities should be readily available near the training facility”.

The boxers will have to use personal equipment to avoid cross contact.The strength of the camps would be less to begin with and preference will be given to those who have qualified or are likely to qualify for Olympics 2021. As of now, there is no clarity on the resumption of camps. All boxers are at home due to lockdown and will be able to travel only after transport services are restored. It needs to be seen where the BFI conducts its national camps. Before the lockdown, the men’s team was practising in Patiala and the women in New Delhi, which has a staggering number of positive cases.

BFI executive director RK Sacheti said they considered various factors and risk management while preparing the SOP. “Of course the final SOP would depend on local/state restrictions after considering risk assessment,” said Sacheti. “We tried to give a comprehensive plan keeping in mind the health of athletes and support staff. Everything will depend on government directives.”

All boxers coming to camp to be tested at entrance of centre; self quarantine for 5 days if coming from orange/green zones and 14 days if from red zone.
Dedicated quarantine centre for all campers who are symptomatic and/or those who test positive.
Single accommodation with attached bathroom.
Intensive workouts to be discouraged indefinitely as it may give rise to relative immunosuppression window of 72 where athletes may be susceptible to viral and bacterial infections.
Training to be initiated in small groups of 3-4.
Special COVID-19 insurance cover for all campers.

Now we are on Telegram too. Follow us for updates
TAGS
Coronavirus COVID-19 BFI Indian boxers Boxing