SAI has released standard operating procedures (SOP) for resumption across the country.

CHENNAI: Wrestling being a contact sport, there is uncertainty over resumption of national camps. But that hasn’t deterred Wrestling Federation of India (WFI) from preparing for the future. It recently wrote to Sports Authority of India (SAI), requesting for extension of the contracts for coaches — foreign and domestic — till the 2021 Olympics. These coaches were contracted till August, but postponement of Games prompted WFI to seek extension. 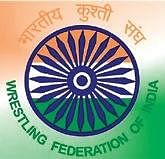 American Andrew Cook, who coaches women wrestlers, and Greco-Roman coach Temo Kazarashvili from Georgia were hired by SAI, while Bajrang Punia’a coach Shako Bentinidis (also from Georgia) was recently given a contract by WFI. Indian coaches Hargobind Singh (Greco-Roman) and Jagminder Singh (men’s freestyle) along with a few support staff are also on the SAI payrolls.

“We have requested SAI to extend contracts of the foreign and Indian coaches. Their existing contracts were formulated keeping in mind the 2020 Games. For the sake of continuity and the good results they have produced, we want them to continue working with our wrestlers till the 2021 Olympics,” said Vinod Tomar, WFI’s assistant secretary.

The coaches are happy with the development. “I am in regular touch with WFI. It has assured that my contract will be extended by a year,” said a foreign coach. The foreign coaches left for their respective countries soon after the coronavirus-induced nationwide lockdown led to the suspension of national camps. “I am waiting for more information from the WFI. Also, international flights have to resume before I plan my return to India,” added the coach.

SAI has released standard operating procedures (SOP) for resumption across the country. As per the SOP, wrestlers were allowed to train without sparring partners, making it difficult for WFI to restart national camps. “Wrestlers training without sparring partners makes no sense. So camps are unlikely in the near future. We are waiting for the lockdown to be lifted or some relaxations in SOP for wrestlers before drawing up a resumption plan,” said Tomar.

Now we are on Telegram too. Follow us for updates
TAGS
Wrestling Federation of India