CHENNAI :  MP Ganesh, the former India hockey captain and coach, was in shock. And why not? The country on Saturday lost two of its hockey stalwarts — MK Kaushik and Ravinder Pal Singh. Both were part of the Indian team that won a gold medal in the 1980 Moscow Olympics. The duo succumbed due to Covid complications. Given his long association, Ganesh was lost for words as far as the untimely death of Kaushik was concerned. “Today we lost one of the best coaches the country has ever produced. Kaushik was very talented and down to earth. He dedicated his whole life to the sport. 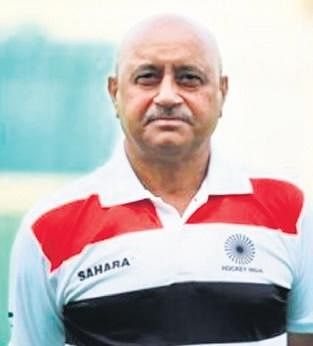 He not only shone as a player, but also played his part to perfection as coach of men’s and women’s national teams.” Kaushik had tested positive for Covid-19 on April 17 and was admitted to a nursing home in Delhi. He was 66 and is survived by his son and wife. “He has earned everything one can think of earning. There were a few allegations against him when he was coaching the women’s team but he came out clean. May he rest in peace,” Ganesh added.

Former India goalkeeper Mir Ranjan Negi, who had worked in close quarters with Kaushik, was also in a state of shock. “He was chief coach while I was the coach of the India men’s hockey team in the 1998 Asian Games in Bangkok. The team won the gold in that event.

In fact, we went continued the partnership and coached women’s team as well. I can say with surety that he was one of the few players from the country, who has dedicated his whole life for the game.” Kaushik was awarded the Arjuna Award in 1998, before being bestowed with the Dronacharya Award in 2002.