Kumkhum the odd woman out, on and off the court

On court, the five-foot-six deals in angles and subtle changes of pace.

MUMBAI:  “I’m happy the way I am,” says Luksika Kumkhum with a smile. The 25-year-old from Thailand had a lot to smile about on Thursday, as she beat top seed Saisai Zheng at the L&T Mumbai Open. More than that, it’s Kumkhum’s individuality that sticks out.In a world dominated by long-legged, pony-tailed, hard-hitting women, Kumkhum breathes nuance. She prefers a simple T-shirt-tennis skirt combo to designer outfits and has short, cropped hair. 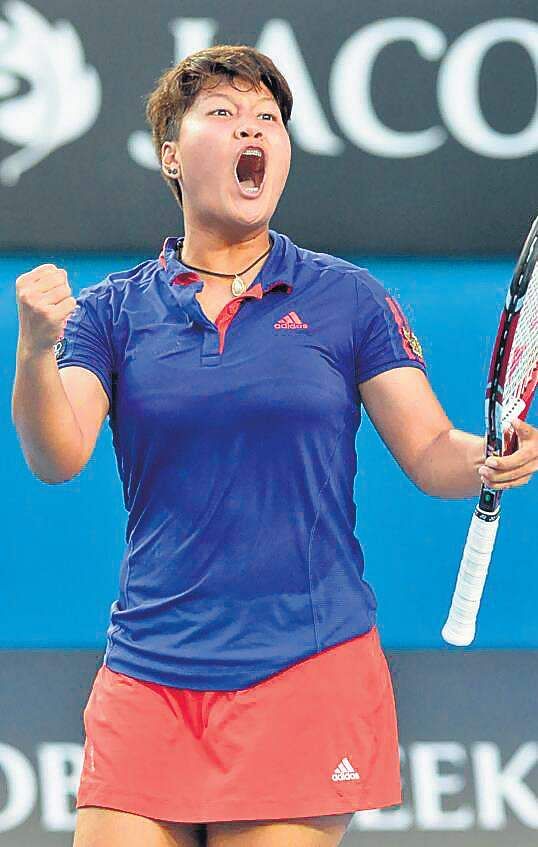 On court, the five-foot-six deals in angles and subtle changes of pace. She is one of the rare players to use a double-handed forehand. She is also one of the few women players who are openly gay on the tennis tour. “When I go to another country, they’re surprised. They’re like, ‘oh, you’re a man, right?’ I say no, I’m a woman. But then they don’t say anything. They just say OK and that’s that,” says Kumkhum. “I’m comfortable with this. There are so many in the world who are gay, but you’re still a person. If I’m doing good, I haven’t killed anyone, then that’s good. On the tour, the girls are cool, they don’t say anything.”

In Thailand, things are getting better for the LGBT community. Discussions are on to increase the scope of LGBT rights but the country still does not allow same-sex marriages. “In Thailand, now they’re a bit more open but not like Taiwan where you can marry. My family haven’t said anything. They’re happy with the way I am.”

For some time now, women’s tennis players have been more comfortable talking about their sexuality compared to their male counterparts. While legends like Billie Jean King and Martina Navratilova have been open about their sexual orientation, no male player has come out as gay while being active. Paraguay’s Francisco Rodriguez, who played from 2001 to 2006, said in 2008 that, “If you came out on the tennis tour you would be an outcast.”

Though Kumkhum doesn’t have to fight those battles, life on tour is difficult enough for a player who comes from a country where tennis is not a priority. Thailand has lagged in the sport since Paradorn Srichaphan and Tamarine Tanasugarn quit. “I am the one now,” says Kumkhum. “Tamarin sent me a message now congratulating me. The federation doesn’t support much but I have a sponsor.”

Her game seemed to get the better of a tiring Zheng on Thursday, but it has stumped more famous rivals too. She defeated Petra Kvitova at the 2014 Australian Open. This year in Melbourne, she beat Switzerland’s Belinda Bencic in the second round to make it to the last 32. According to Goran Tosic, Zheng’s coach, Kumkhum poses a special challenge. “Players who use a double-handed forehand are usually shorter and play on the rise. You need to find different angles to beat them.

Stay up to date on all the latest Tennis news with The New Indian Express App. Download now