Kapu patriarch Mudragada Padmanabham on Sunday, questioned Chief Minister N Chandrababu Naidu over the delay in according BC status to the Kapus and warned him against testing the patience of persons

RAJAMAHENDRAVARAM:Kapu patriarch Mudragada Padmanabham on Sunday, questioned Chief Minister N Chandrababu Naidu over the delay in according BC status to the Kapus and warned him against testing the patience of persons of the Kapu community. How many years does the government require to fulfil its promise, he asked. 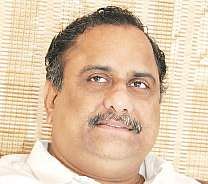 In an open letter to the Chief Minister, Mudragada stated that Kapus will not remain mere spectators if the government tried to suppress their agitation. “It is high time Kapus realise it is a do-or-die situation for them. The Telugu Desam Party (TDP) will be defeated in the ensuing Assembly elections, if Naidu tries to cheat the Kapu community. If the government decides to suppress Kapus, the CM should be prepared to face defeat,” he said.

The Kapu leader further alleged that the Chief Minister was giving away lands acquired from farmers in the name of of development to his henchmen. Saying the Kapu community would proceed with its agitation in a phased manner as announced earlier, he asserted it was high time for the government to fulfil the just demands of the Kapu community as BCs, SCs and STs were extending their support to the cause. “We are not taking away existing reservations from the communities, but only seeking additional reservation under BC quota,” he said.
Pointing out that the TDP came to power with Kapu votes, Mudragada wanted to know what more Naidu was expecting from the Kapu community to fulfil their just demand of inclusion of Kapus in the BC list. “If the government is not inclined to give us our rights, we will take to the streets and fight for justice,” he said.