Union home secretary expresses ire in a video conference with the Chief Secretaries of the two states.

HYDERABAD: Union home secretary Rajiv Mehrishi is learnt to have expressed displeasure over Andhra Pradesh and Telangana states  quarrelling with each other over sharing  AP Bhavan in Delhi.

Following Telangana’s claim recently to full ownership of AP Bhavan’s land and building, the Union home secretary held a video conference with chief secretaries of the two states from Delhi on Thursday.

According to sources, Mehrishi expressed indignation at the petty disputes between the sibling states and their failure to resolve issues amicably. However, the video conference could not result in any solution to the dispute. 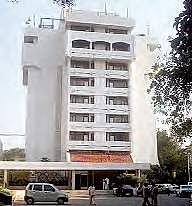 As per sources, Telangana chief secretary SP Singh insisted that AP Bhavan belongs to the state and they would not give any share to AP.

AP chief secretary SP Tucker quoted from the AP Reorganisation Act, 2014 to claim that AP should have a share of the AP Bhavan land and buildings as per the population of the undivided state.

Telangana’s contention is that the erstwhile Nizam government had bought the 18.18-acre land in Delhi and constructed the building there. As the land was purchased by the Nizam prior to the merger of the then Andhra state with the Hyderabad state in 1956, the asset belongs to Telangana. The question of population-based apportioning arises only if the property was bought with the funds of the united state government after the formation of AP state in 1956, Telangana argued.

AP, on the other hand, contended that after the merger of Andhra and Hyderabad states and formation of AP state, the entire AP Bhavan became the property of undivided state and should be divided between the successor states.

“If AP wants a share in AP Bhavan, then we may seek our share in the seaports, buildings and assets located in the successor AP state as they were bought with funds of the combined AP,” a TS official said.
Notwithstanding their respective stands, Mehrishi expressed ire over both the states for raking up unnecessary controversies. But, no solution was found to the dispute.