VIJAYAWADA: Around 51,927 vehicles are plying on the roads in Krishna district, without paying quarterly taxes, for the last 10 years, thus incurring losses to the tune of Rs 83.77 crore to the transport department till December 31, 2016.

According to the data available with Express, around 51,927 among 1,75,531 four-wheelers successfully evaded quarterly taxes worth Rs 55.41 crore, due to the district transport department, since the past 10 years till December 31 of 2016.
However, the transport officials asserted that the existing data has to be filtered, as only 10 per cent of the data available with the Express is correct. 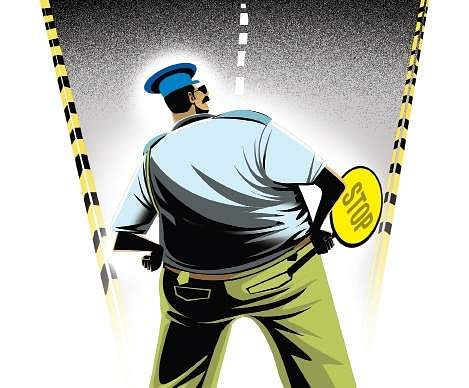 They also claimed that technical issues and lack of mechanism to trace such vehicles left them helpless. As per data, quarterly tax worth Rs 55.41 crore, tax arrears to the tune of Rs 5.50 crore and penalty arrears worth Rs 26.10 crore are due to the department (total Rs 83.77 crore) in the district.
Sources told Express that on practical grounds, only 10 per cent reach is possible for issuing notices to the users of 51,927 vehicles. There is no mechanism to trace the vehicles, once the owner shifts the residence from the one mentioned during registration.

Also, it is almost impossible to identify the person who bought a second-handed vehicle, unless the original owner of the respective vehicle transfers the ownership in existing data with the transport department. So, if a notice is issued to respective owners, to pay their pending quarterly tax, the problem lies with either the original owner, for he may have already sold it or may have shifted the residence.

Thousands of notices are dumped into bins due to lack of proper addresses to send through post.
According to Deputy Transport Commissioner E Meera Prasad, it will cost Rs 35 to send a postal notice. Maintenance cost will be more than collection of pending tax.

For the last six months, the district officials are working on this problem and identified 10 per cent of such vehicles among the data available with the Express, he explained.
Meanwhile, four special teams will be working on this aspect, across Krishna district, and every Motor Vehicle Inspector in respective mandal will to issue the notices to the vehicle owners in person. The department is expecting to collect all the pending taxes (10 per cent of Rs 83.77 crore) by the end of the next two quarters, he added.