10,000 acres of land in Andhra Pradesh wasted on ganja cultivation

Police admit that some of their colleagues are working in nexus with the ganja mafia and that a part of the seized product is diverted back into the market.

VIJAYAWADA: Lack of coordination between investigation agencies is proving to be a shot in the arm for ganja smugglers and cultivators in Andhra Pradesh, especially in agency mandals of Visakhapatnam and East Godavari districts. Interestingly, police and officials of the Excise Department secretly admit that some of their colleagues are working in nexus with the ganja mafia and that a part of the seized ganja is being diverted back into the market.

Ganja is under cultivation in more than 10,000 acres of land in Andhra Pradesh, as per a  research conducted by the Advanced Data Processing Research Institute (ADPRI) under the Central government, using satellite mapping. The mapping is in progress and more such plots are expected to come to light soon. 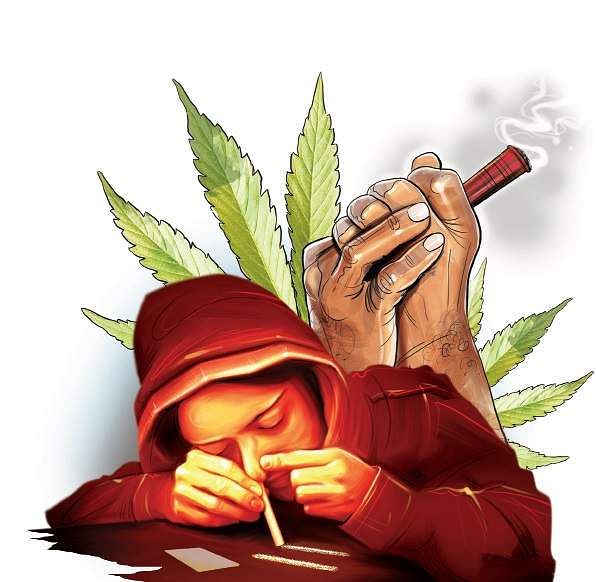 As per police records, both Visakhapatnam and East Godavari districts have become key locations for ganja cultivation and smuggling across the country. Between April 1 and December 31 in 2016, around `17.64-crore worth Ganja weighing 17,648 kg was seized and 335 offenders were arrested in 175 registered cases under Narcotics Drugs and Psychotropic Substances (NDPS) Act by the Enforcement Wing of the State Excise Department. A majority of these cases were registered in Visakhapatnam and East Gdoavari districts.
One of top police officers in Director General cadre told Express the reason for the failure to control the spurt in ganja dealings was that there is a clear nexus between the mafia, police and excise officials in locations where the substance is cultivated. “We have clear information that less than 20 per cent of the seized ganja is being destroyed. There are no records of the remaining stock and we suspect that it is going back into the market,” he added.

Jolted by the steady rise in ganja dealings, the State police are preparing an action plan to curb cultivation and smuggling of in Andhra Pradesh. A high-level meeting is scheduled to be held on January 19 at Rajamahendravaram to devise strategies in this regard. The meeting is being conducted by the State police department with the active participation of all investigative departments including the Directorate of Revenue Intelligence(DRI), Narcotics Control Bureau(NCB), State Excise and Enforcement, Government Railway Police (GRP) and other departments dealing with drugs and narcotics.
The objective is to improve coordination among various state and Central level agencies to curb the sale of ganja in the State, particularly the agency areas of Visakhapatnam and East Godavari.
Director General of Police (DGP) N Sambasiva Rao told Express Rajahmahendravaram has been chosen as the venue for the meeting.

“Any lethargy in the controlling ganja consumption among youth will drive them towards hard narctotic drugs like heroin and cocaine,” he said.
K Venkateswar Rao, Director for Enforcement of State Excise department said several new initiatives and resolutions were expected to be come out of the meet as the government had realised ganja was posing a major challenge to the growth of Andhra Pradesh.