Changes in petrol prices will be minor, say oil companies in Visakhapatnam

Apart from Visakhapatnam, the new system is being implemented in four more cities on a pilot basis.

VISAKHAPATNAM: Now, the city, along with four other cities in India, will witness a change in fuel prices on a daily basis. The price change will be published in the media daily. Though the decision has got a negative response from the citizens as well as oil dealers, the oil company authorities say that there is no need to worry as the price change would be minor in paise. 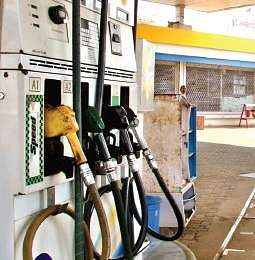 There are about 45 fuel filling stations, mostly coming in the Visakhapatnam Revenue Urban Limits with peripheral areas like Sheela Nagar, NAD and Malkapuram.

Some bunks, not in the urban limits, but close to it have also been included to nullify price difference issues. The fuel price will remain different at other stations located out of the urban limits.

According to sources, most of the dealers in the city are not equipped technically to implement it. Such dealers were asked to use display boards showing the prices.

According to oil market companies, the fuel dealers will get the price daily in the evening. The OMCs would announce the daily prices through media. An official on condition of anonymity said that the price fluctuations would be only in paise and there is no need to worry.

“The decision is some kind of advantage for the fuel dealers because the fuel dealers used to place indent just a day or two before every fortnight based on the fuel price, for which the depots were uncertain about the order they will receive. However, the functioning of the depots would not be disrupted as the dealers will not find a major change in the price,” said an official on condition of anonymity.

Sources said that the price of the fuel at the stations depends on the distance between the depot and the station. However, the OMCs have decided to fix the transportation charge for all the concerned stations irrespective of the distance so that the fuel dealers would not have to change the daily price accordingly.

Consumers can check the price of the fuel the dealer should sell it to them. They can even complain to the OMCs if there is any discrepancy. People can simply send an SMS as (OMC name) price