It took up to 45 minutes to travel a distance of around 5 km between RTC Complex and Isukathota Junction, say commuters

VISAKHAPATNAM: The Telugu Desam Party’s Mahanadu has led to severe traffic snarls on city roads, especially on the national highway, on the first day of the mega event on Saturday. Motorists and commuters were struck in traffic snarls due to the VIP movement.

The city started to witness traffic congestions from 8 am on Saturday. People who used the Maddilapalem-RTC Complex and Siripuram-Waltair stretches were most affected as traffic movement was interrupted due to  continuous vehicle flow towards the venue, Andhra University Engineering College grounds, from the Maddilapalem Junction and Three Town police station route. 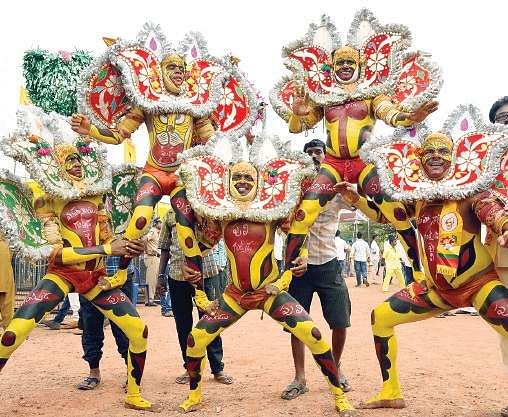 Though several police  personnel are on traffic management job, commuters faced a lot of inconvenience due to traffic jams. Rama Talkies to Maddilapalem stretch saw huge traffic and the vehicles moved at snail’s pace.

Though many buses were deployed to ply on the Siripuram route, VIP vehicles, food and other essentials commodities vehicles plied to the venue all through the day. During the VIP movement from the airport to hotels, traffic  was disrupted at various places. The residents of Waltair alleged that they had to take four to five kilometres, instead of just one km, due to the heavy traffic.

“We had taken the route of the Beach Road - Isukathota, Seethammadhara to IV Town police station area, while it was a small route when we come from AU grounds. It’s better to conduct on the mega event on city outskirts, instead of in the heart of the city,” said Sarada Devi, a government employee from the city and resident of the Beach Road.