Even as the number of missing children being found in the city railway station is increasing, the staffers manning the nodal office of the Childline say that shortage of employees has hit their functi

VISAKHAPATNAM: Even as the number of missing children being found in the city railway station is increasing, the staffers manning the nodal office of the Childline say that shortage of employees has hit their functioning, with the ARDAR, an NGO, suspending its collaboration with the centre.

Meanwhile, the Childline centre set up at the Social Work department, Andhra University, lacks sufficient staff to conduct rescue ops. The centre was previously working in collaboration with the ARDAR, which snapped ties leaving the centre with no staff.

A total of 427 cases were registered from April 2016 to March 2017 in the city. Now, the centre is taking help of Women and Child Welfare department to rescue children. 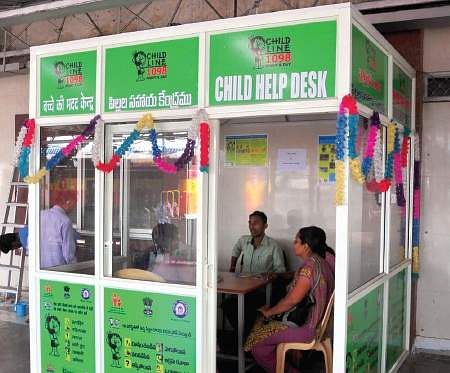 “Now, we are working with no staff and are taking help of Women and  Child Welfare department and railway staff. We have sent a proposal for selection of an NGO,” said Mary Evangeline, the Childline nodal coordinator.

39 runaway cases reported this month
Eight boys between 13 and 14 years of age were sent to Chennai to work in a garment store by an agent.With works mounting, they ran away and boarded a train. Landing in Vizag, they missed the route to their hometown Allahabad.

“When we contacted their parents, they told that the boys ran away from home. We handed them over to Allahabad Childline centre,” said Y John Peter, Childline coordinator. Meanwhile, there is an increase in the number of runaway cases in the city.

As many as 39 cases were registered in May from the city railway station, while it was only 18 last month. “Not just the children from poor families, kids from well-off families are also running away from home alleging parents’ negligence or fights at home,” he added.