One of the entries in the list of decisions circulated to mediapersons after the State cabinet meeting on Wednesday appeared very innocuous. But on closer scrutiny, it became clear that it had the potential of kicking up a major controversy. It was a direction to the Revenue Department to prepare a bill to be presented in the winter session of the Assembly, drawn on the lines of the Telangana bill amending the provisions of the Right to Fair Compensation and Transparency in Land Acquisition, Rehabilitation and Resettlement Act, 2013.

The entry was tucked away in the midst of several other decisions relating to land allotment to various companies, institutions and organisations. The new bill will substitute the one that was already passed in the Assembly in March. It would be a carbon copy of Telangana bill which had successfully passed President of India test. After the bill becomes the Act, the State government would be able to acquire 6,000 to 8,000 acres in Amaravati whose owners have refused to surrender their land under the land pooling scheme. 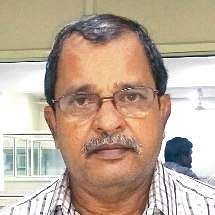 Having acquired 33,000 acres under the land pooling scheme, the government is desperate to complete the process of acquisition of the remaining land too for ensuring the construction of Amaravati. The amendment would come in handy for all future land acquisitions too as one cannot say no to acquisition but would have to agree to the price the government would offer through consent award though there would be some safeguards to see that the farmer would not stand to lose too much.

The bill that was introduced by the AP government in the budget session was intended to exempting certain projects from the purview of the principal Act, which are vital for national security or defence of India, rural infrastructure, including electrification, industrial corridors and housing for the poor. The bill was also to seek the land that is being acquired for setting up of these projects be exempted from the provision of social impact assessment and whether or not it would affect food security.

As the earlier bill needed more tweaking to cross Rashtrapati Bhavan hurdle, the State cabinet decided that it be modelled on Telangana bill, which is also on more or less the same lines except that it was clearer on certain technical points. The Telangana bill, when it was passed in December last year, was returned to the State by the Union Law Ministry suggesting that certain changes be made.
Accordingly, the amendment bill was tweaked. The main changes included omitting the clause that authorised the State government to decide the market value for payment of compensation to the landowners rather than “revise and update” the amount as defined in the principal Act.

The idea was that while fixing the consent award, the amount that would be promised to the farmers should not be to their disadvantage. As regards the oustees too, the same principle should be applied so that they would not be at a disadvantage. The AP government argues that amendment to the principal Act was necessary to get land for important projects and at the same time without compromising on provisions relating to higher compensation to farmers and their rehabilitation.

“We have to raise many projects in sectors of infrastructure, communications and construction and we need land. Unless the land was made available without loss of much time, the projects may be delayed,” one official said. After the bill was passed, there might be a hue and cry over the way the State government was trying to take the life out of the principal Act, which had focused more on the interests of farmers, those who are dependent on land that is sought to be acquired, ensuring food security rather than the project for which the land is being acquired.

Only after all the interests of the farmers are taken care of, then only the government should begin the process of acquisition of land. Former Agriculture minister Vadde Sobhanadreeswara Rao says that the State government does not have a proper track record in protecting the interests of farmers. “Even in the case of Polavaram project, the government keeps saying that it would complete the cofferdam and supply water to the Right Main Canal by gravity. How can this be done without first rehabilitating people in 103 habitations likely to be submerged? Is it in accordance with the provisions of the principal Act? There are no signs of the government doing this, which makes one wonder if it is interested in the interests of farmers at all,” he says.

The AP government is pressing for an amendment to the principal Act on the lines of Telangana amendment, so that it would not have any difficulty in acquiring land. The Land Acquisition Act, 2013 brought in by the previous UPA government proscribes acquisition of multi-crop irrigated lands regardless of what purpose the land is being acquired. Once the amendment gets presidential assent, there would be no social impact assessment and the State government could take the land by just offering compensation without making any study of the kind of impact it would have on farmers,” says Rao.