Zoological park, night safari to come up in Amaravati

Chief Minister N Chandrababu Naidu on Saturday announced that a world-class night safari and zoological park would be constructed in Amaravati.

GUNTUR: Chief Minister N Chandrababu Naidu on Saturday announced that a world-class night safari and zoological park would be constructed in Amaravati.He was speaking after the inauguration of Nagara Vanam spread over 510 acres in Perecherla on the outskirts of Guntur city. The Chief Minister, who participated in the Karthika Vana Samaradhana programme organised by the state government, said the proposed night safari and zoological park would be on the lines of the one in Singapore. The only two zoological parks in the state are located at Visakhapatnam and Tirupati. Recently, forest minister Sidda Raghava Rao said a proposal for the park in the capital city had been mooted. 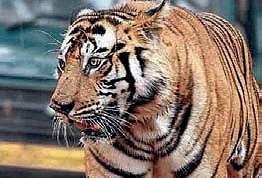 Naidu announced 12 more Nagara Vanams, one each for all the districts, to improve green cover in the state. Since, July 1, 25 crore saplings have been planted in AP.“Our target is to raise green cover to 50 per cent from the existing 26 per cent at the earliest. Forest cover is needed for good rains, hence it is everyone’s responsibility to improve green cover,” he said.

The chief minister lamented that though optimum rainfall used to be registered in the past thanks to the density of forests and greenery, the situation had changed now. He opined that organising Vana Samaradhana and Vanabhojanalu during Karthika Masam was the need of the hour.

In a word of caution, Naidu warned against mass programmes becoming caste-oriented and said the objectives of such drives should not be lost. Henceforth, three programmes - Eruvaka, Jalasiri Ki Harati and Vanam Manam -- will be celebrated as state festivals. Efforts are afoot not just to improve agriculture, horticulture and forestry sectors, but also eco-tourism. Forest officials have been asked to arrange for battery vehicles, cycle paths, tracks and medicinal herb gardens in the  Nagara Vanam.

The government is planning to develop the 12,500 acres of land under it at Kondaveedu hill range for tourism and has `40 crore for the ghat road.  Naidu interacted with Karlapalem High School and Primary School students. Ministers Siddha Raghava Rao, Prathipati Pulla Rao and Nakka Anand Babu, too, participated in the event.