Shattered by Nameless Fever: Merlapaka SC Colony has patient in each family

By B Murali
Express News Service

TIRUPATI : Bujjamma, a 38-year-old from Merlapaka SC Colony near here, died on November 5 just a few days after being admitted to the Narayanadri Hospital in the town. She had suddenly developed high fever. The doctors conducted various tests but couldn't determine the exact cause of her condition. Was it dengue? Or any other viral fever? 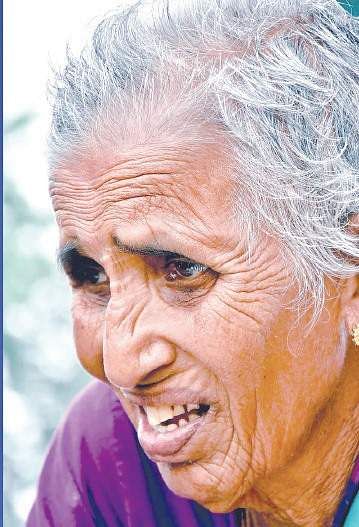 The case-sheet mentions Acute Respiratory Dysfunction Syndrome (ARDS). Her family members told TNIE that the hospital authorities advised them to take Bujjamma to SVIMS. She died on the way.  They spent nearly `1 lakh, but the hospital could not even tell why she died.

Bujjamma is the third victim of fevers in the colony, home to 294 families with a total population of 1,248 people. At least one-two members in each family are now suffering from fever. The deaths have all been reported in the last one week. Coupled with the deaths in the six villages of Varadaiahpalem mandal, the mystery fever toll has now reportedly gone up to 30.

"V Gunamma (72) and K Gurvamma (68) died with similar symptoms. Those two cases were found to be dengue cases while the exact reason for Bujjamma's death is not known. She suffered from ARDS,” Chittoor DMHO C Aruna Sulochana Devi told TNIE.

While diagnoses is one challenge, the high prevalence of viral fevers is baffling the doctors visiting the villages. Dr K Mahesh, deputed from SVR Ruia Government General Hospital to Merlapaka, said he himself had checked 140 of the 320 patients in the last couple of days. The strange thing is that though 70 per cent have complained of fever, only 58 were diagnosed with high fever and asked to have their blood checked. Ten among them exhibiting dengue symptoms were referred to SVR Ruia, Srikalahasti Area Hospital and SVIMS in an ambulance.

The villagers have been advised not to drink water from the nine borewells in the colony as a precautionary measure. The fevers also seem to be spreading. On Friday, two children — 11-year-old Badri from Bangarupalem mandal and five-year-old Abhinesh from Changambakam in Satyavedu mandal, succumbed to the fever. The latter was admitted first to a private hospital in Sullurpet and was later rushed to a hospital in Chennai. He reportedly died of brain fever. Both children died within four days of being hospitalised.

Medical camps are being conducted for over 50 days in Varadaiahpalem mandal and recently a Central Medical and Health team visited the affected villages. In their initial assessment report, the team could not confirm the causes for the fevers but maintained that the situation was not “alarming” yet.
The blood samples collected from the patients were sent for virological analysis at NW Pune and once the lab reports are submitted, a detailed report would be sent to the district administration.

When contacted, Health Minister Kamineni Srinivas said they were keeping a close watch on the fevers in Chittoor district and more medical teams have been sent there. “Dengue and other fevers were reported. We are taking precautionary measures and conducting medical camps,” he said.