TN CM Jayalalithaa must have died at an earlier date, says Commission

The one-man commission headed by retired judge A Arumughaswamy, constituted to inquire into the death of chief minister J Jayalalithaa, commenced its hearing on Wednesday.

HYDERABAD: The one-man commission headed by retired judge A Arumughaswamy, constituted to inquire into the death of chief minister J Jayalalithaa, commenced its hearing on Wednesday. Deposing before the commission, P Saravanan, DMK candidate for Tirupparankundram Assembly constituency in the by-election held in November last, alleged that she could have died much before December 5 last.
He cited Jayalalithaa’s thumb impression fixed in Form A and B for the by-election. Saravanan would file additional documents to prove his charge on Thursday.

Answering queries of mediapersons after an hour-long deposition before the presiding officer of the commission, Saravanan said, “The medical bulletins issued by Apollo Hospitals from time to time when Jayalalithaa was under treatment during the 75 days and the discharge summary issued by the hospital on December 7 after her death had many contradictory information. When she was admitted to the hospital on September 22, the hospital said she was admitted for fever and dehydration. But in the discharge summary it was stated that she was admitted in a semi-conscious state. Likewise, there were many contradictions.” 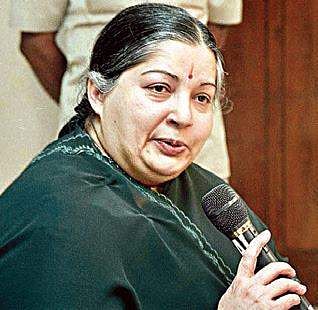 Saravanan displayed to the media enlarged pictures of two thumb impressions - one belonging to an anonymous person who is alive and the other to Jayalalithaa in Forms A and B for the Tirupparankundram by-election. He said the thumb impression of a person alive would have ridges whereas a dead person’s would not have ridges, the impression being smudged.